Valentino has a secret—but he’s not the only one.

Valentino Bianco is the leader of a covert league named The Organization. Made up of benevolent vampires, its objective is to thwart and destroy the malevolent of their kind and protect humanity. Operating under the anonymous guise of Mr. X, Valentino’s identity as leader is shrouded in secrecy, as is the very existence of vampires.

Victoria Black has her own secrets, one of which is that she’s in love with Valentino. However, that isn’t the only matter she must keep from him at all costs.

Valentino and Victoria, along with their allies, must investigate a devastating malevolent campaign that is destroying humankind on a massive scale. But can they unravel the mystery of who is behind it in time to prevent the fall of both humanity and The Organization? And in the end, will all the secrets be revealed?

Publisher's note: This book is a sequel to Impervious and is best read in order.

Valentino studied the data that Priyanka was displaying on the virtual screen.

“We now have the last of Glassmarsh’s allies in custody,” she said, as a list of names

accompanied by pictures flashed up. “But none of them has yielded any information regarding the background of his sibling.”

“Therefore,” Vale said, “we are no further forward than when we captured him over ten years ago. The only advance is that we now know he is Glassmarsh’s brother.”

Victoria examined the details. “We don’t know where they came from?”

“How can we find out,” Victoria asked, “if none of these guys knew anything?”

The three sat in silence for a moment. Vale stole a glance at Vic as she frowned and bit her lower lip. Her blue-green gaze seemed troubled. Priyanka tapped the keyboard and the screen changed to display intelligence from other agencies around the world. “We need to cast the net back out again,” she said.

The door opened and Lorenzo entered, followed by Gareth.

Lorenzo took his place next to Priyanka, leaning across the table to shake Vic’s hand. “Hi, we’ve not met in person yet. I’m Lorenzo, Priyanka’s deputy.”

Lorenzo smiled back. “I know. We’ve been very impressed with your work on this case so far.”

Vic flushed. Gareth approached her from the other side and kissed her cheek as he sat next to her. Vale blinked and looked away.

Priyanka frowned, glancing at Gareth and Vic as she moved some images around on the screen. “We’re checking to see if there’s anything here that could help us.”

Vale scanned the information, but it all pertained to human issues…mainly the latest spate of terrorist attacks that were sweeping Europe. He read through the details of the most recent bombing, in Berlin. Why do humans do it to each other? Their life spans were short enough without these atrocities.

There were no particulars that might aid them in their own cause, however.

“What’s what?” Vale said. “I cannot see anything here that would help us.”

Vale tuned into his sensitive vampire hearing, detecting a subtle noise. He pressed a button on the desk and the tint of the glass wall morphed from opaque to transparent. He moved over to the window. The noise was a low-pitched rumbling, too low for the human ear to pick up. It was coming from the tallest building in London.

“What’s happening at The Shard?” Lorenzo said. He typed a few things into the keyboard but nothing of value appeared on the screen.

Vale peered more closely, trying to zoom in on any slight giveaway as to the source of the noise.

Just then, a boom emitted from The Shard, loud enough this time for the human ear to detect. Shattering glass sprayed out from the top floors. Everyone froze for a split second. Vale looked at Vic and the two of them broke into a sprint toward the stairs, Priyanka, Lorenzo and Gareth hot on their heels. Within seconds, they’d made it to the lobby of HQ.

“Get to the main entrance of The Shard,” Vale told them. “We can sneak in while everyone is running scared, then divide up to search for survivors and pull them out.”

They ran onto the sidewalk and toward the damaged building. The panic on the street was palpable as people ran past them in the opposite direction. No wonder they call it terrorism.

It didn’t take long to get there. They couldn’t go flat out and alert the public to their superhuman speed, but they could go faster than usual because the petrified humans were too focused on escaping danger to realize the velocity of their group.

They entered the building. Something didn’t sit right with Vale. “Why is no one exiting?” he asked the others. “This lobby is deserted and there was no one coming out of the main doors.”

“There were a lot of people on the street running away,” Vic said. “Maybe whoever could get away is out already?”

He shook his head. “They didn’t look as if they had come out of the building—more like passers-by on the street who were fleeing.”

The others made noises of agreement.

Vale adjusted his earpiece. They all carried them to stay in contact during such situations. “Take a section each and start searching.”

Priyanka gestured to the rear of the lobby. “Use the stairs, because the elevators will be out of commission.”

Priyanka glanced at him and he gave her a wink.

They entered the stairs and Vale streaked ahead, arriving on the highest habitable floor within seconds. A smoky atmosphere greeted him, but it impaired neither his enhanced vision nor his breathing. He listened for the sound of injured humans but could only hear silence, and it increased his unease.

He walked into one of the bars and scanned the room. Bodies were apparent, lying on the floor and the chairs, yet none of them made a sound or any movements. The blast cannot have immediately killed everybody in here. Someone must still be alive.

Vale checked the lifeless form of the nearest person. Nothing…and not the next. He rubbed his forehead as he scanned the area and something occurred to him. None of these people had a mark on them. For all intents and purposes, they appeared to be sleeping. A gut feeling told him to check their necks. As he moved the nearest person’s head to the side, two small puncture wounds on the neckline became apparent—very neat, with no laceration of the flesh.

His insides turned to ice. “Guys,” he said, speaking to the others via their earpieces.

“So do I,” Priyanka said. “This is the work of the malevolent.”

“Everyone,” Lorenzo said. “They’re all drained. But how?”

Vale exited the bar. “So what was the meaning of the explosion?”

“But it isn’t covered up,” Priyanka replied. “The authorities will find these bodies once the search and rescue get here, which could be any minute.”

The true meaning behind it hit Vale, just as another rumbling started deep below them. “Get out!” he said. “The building is coming down!”

He dashed to the stairs and joined the group zipping down and out onto the street, where they accelerated into a sprint. Another huge explosion ripped through the building as they traveled flat-out along the road, a huge cloud of dust and debris overtaking them. 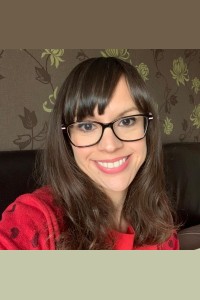 Growing up, Zoe Allison loved stories about falling in love. But rather than being rescued by a knight in shining armour, she imagined herself fighting dragons alongside him, battling supervillains as heroic allies, or teaming up to dive into perilous waters in order to save a loved one from drowning. Once Zoe did grow up, she became a doctor. But as time went on, she craved a creative outlet to counter the soul sapping burnout that her career inflicted upon her, and also to achieve those happy endings that were so often lacking in the real world. She wanted heroes who truly love and value women, who find their true love inspiring, are fascinated by her, want to connect with her as a soulmate and fully open themselves to her on an emotional level. And so, Zoe began to write her romances.

A Zoe Allison novel promises a heroine who is not only her hero’s equal in ability and intellect, but whose hero equals her in emotional intelligence. Her characters overcome conflict infused with spine tingling sexual tension to forge a deep connection as soul mates as well as lovers, and ultimately, they both rescue each other emotionally. Even if they might begin their journey as enemies…

Revealed is a love story about two vampires who both carry secrets. They work for an organization that protects humans from the malevolent of their kind. When the author pairs the couple on a missi...

Share what you thought about Revealed and earn reward points.