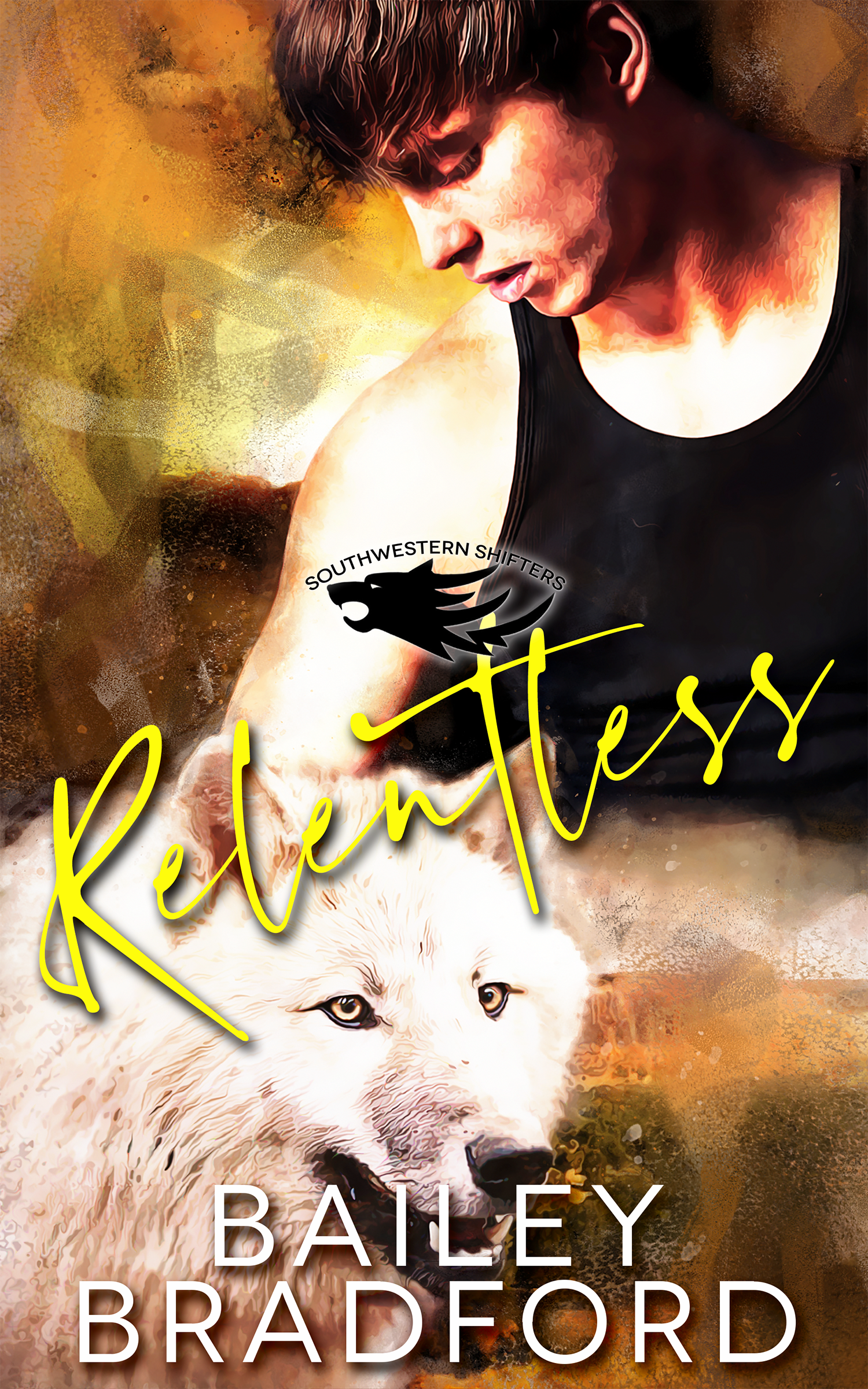 Book 2 in the Southwestern Shifters series

Zane Mitchell is about to learn that you can't outrun your destiny—especially not when that destiny is wrapped up in the form of one big, sexy, relentless shapeshifter, Aidan Criswell.

Zane is the alpha of the Gila National Forest pack of shifters. He's been forced to make some very bad choices—like kicking out Mika Blackwell, a gay shifter who was once Zane's friend. The elders demanded it, and Zane gave in to them rather than stand up to them.

When he and all other alphas of Southwestern packs are called to a mandatory meeting with the Dux Ducis—Aidan Criswell, the man in charge of all shifter packs in the Southwest U.S.—something happens that sends Zane fleeing in panic. He's found his mate, the one person who can complete him—and the one person Zane knows could never want him because of his past actions.

Aidan Criswell is as shocked to discover the man he'd been ordered to investigate—a man who'd had a pack member banned for being gay—is his mate. But destined mates are always exactly perfectly matched, and once Aidan accepts that fact, he believes there is more to Zane's story than meets the eye—and as Zane is soon to discover, Aidan Criswell is one relentless son of a bitch.

Zane pulled his truck over at the rest stop. He had been driving on autopilot for hours and, after damn near rear-ending an eighteen-wheeler, knew he;’d better stop and get his act together. He might be confused to hell and back, but he didn’t want to die, and he couldn’t live with himself if his careless distraction cost someone else their life. He parked the truck and fumbled for his cell phone, figuring to check one thing off his endless to-do list.

“Hey, Zane.” Azrael Lowell, a beta whom Zane had left in charge, sounded strained over the phone.

“Azrael. How is the pack? Any problems?” Zane rubbed his temple when it suddenly began throbbing painfully.

Zane leant his head back, ignoring the pain that had almost distracted him seconds ago. He closed his eyes, waiting for whatever bad news Azrael was fixing to pass along. “What is it?”

“It’s gotten worse, Zane. Worse than just the grumbling among some of the elder pack members. I know we had hoped the criticism of your leadership would die down, but there are a few sons of bitches who just won’t stop.”

“And?” Zane’s stomach burned. There had to be more or Azrael wouldn’t have bothered bringing up that same sad subject.

“And it seems that some of the elders are recruiting for their cause, stirring up some of the angry younger men who aren’t content to follow.”

“Shit.” Zane bent forward, shoving his free hand against his stomach and twisting hard, trying to push away the pain in his gut. “How bad is it?”

The answering silence sent a chill down Zane’s spine. That bad, then. “Can you tell me who at least?”

“Tell me, Azrael. I need to know what I am coming home to.” The steely note in his voice surprised Zane. He’d felt certain that he had lost that commanding tone along with his confidence.

“Yes, alpha, of course.” Azrael’s voice shook slightly, and it was then Zane realised the man was afraid of what he was going to have to tell his alpha. Azrael had been a good friend and guard, one of the few people Zane actually trusted. Maybe the man’s reluctance was due more to concern for Zane than it was anything else.

“I’ve heard rumorus of Kent, Rance and... Damn it, Zane. I’m pretty sure the other person who is going to challenge you for leadership is Jared.” Anger tinged Azrael’s voice, but strangely enough, Zane didn’t feel any such thing at the idea of one of his trusted guards turning on him. He didn’t feel anything at all other than the stabbing pain in his belly.

“Okay, Az. That’s good to know.” And it was—wasn’t it?—to be informed that he would have to take on three men when he returned if he wanted to retain his alpha status. Well, honour would demand he take them on regardless of whether he wanted to remain alpha or not.

“Az, I need some rest. Just, thank you for telling me, okay? I have to go.” Zane disconnected the call and turned his phone off. He actually needed sleep, but figured that was an unattainable goal at this point. Why bother when there was a very real risk that he might soon be sleeping permanently?

Zane leant back and envisioned his three challengers. Of the three, there was only one he felt was a threat. Kent was young and impulsive, not particularly skilled in combat and not particularly bright. The elders in the pack had probably picked the younger man for that reason, assuming he would be easily manipulated. Rance was a little older than Kent, hot headed and obnoxious. Big, bulky, and capable of backstabbing, literally and figuratively—the man was a narrow-minded bully.

But Jared... Ah hell. Zane and Jared had sparred and trained together for years, as Zane had with his other guards, Azrael and Fernando. Jared was fierce, and had a very real chance at becoming alpha—especially if Zane was already weakened from battling two other would-be usurpers. Yes, Jared could do it, and probably even live with the knowledge of his betrayal.

All guards swore fealty to their alpha, but it wasn’t unknown for one to challenge their alpha. Uncommon, maybe, but not unknown. In most cases, the guard-turned-alpha found himself the object of mistrust and wasn’t popular with his pack. After all, he was a traitor to his own alpha. Most alphas had a tight bond with their guards, and Zane had assumed such was the case in his own pack. How had he missed the scent of deceit, the looks of disapproval from Jared? A good alpha wouldn’t have missed such things.

Zane wasn’t sure he wanted to be alpha. Actually, he was pretty sure he didn’t want the position—he lacked the confidence any more to lead. That didn’t mean, however, that he wanted to just walk away. He may not have much of it left, but what honour hadn’t been trampled and shredded demanded he return and fight. This, he would do. If it killed him, fine, but he could not, in good conscience, hand over the pack to any of the three men who were vying for the title. The pack would be their puppets, fed on a diet of bigotry and hatred when it was imperative that all shapeshifters step out of their archaic ways.

So, he would fight, and he would damn well win, because to lose would doom the pack whether they realised it or not. Then, once the challenges to his authority were met and crushed, Zane would do what needed to be done. His pack came first, despite how they felt about him. This time, Zane would remember that and do what he knew was best and be damned with what anyone else thought.

The second book in the Southwestern Shifters is a mesmerizing and thrilling m/m romance that tugs at the heartstrings.

So far, this series is turning out to be a fantastic...

This book is all about rediscovering ones self and forgiveness. I really enjoyed the banter between Aiden and his security team as well as his brother. I knew from the first book that there had to be...

Share what you thought about Relentless and earn reward points.