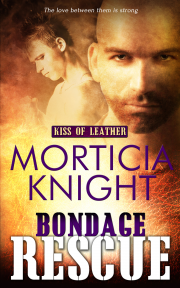 Book 3 in the Kiss of Leather series

Kyle’s best friend Marshall resurfaces and he’s in a lot of trouble. Can the men at Kiss of Leather convince a former Dom to take on the mouthy sub?

Master Derek and his new sub Corey have signed a contract and enjoy their first scene together. The love between them is strong and Derek is as protective of his boy as ever. The only thing left that would make their world perfect would be to bring Corey’s ex-Dom and abuser to justice.

Their meeting is disrupted when Kyle’s missing friend Marshall calls for help. Master Josh promises to help the mouthy Marshall get back on his feet under one condition—Marshall must sign a six month D/s contract as a full-time sub and prove he can fully submit to a man as well as learn to respect those around him.

Stone Manning suddenly finds himself charged with taming the brattiest sub ever. In truth, the bigger the brat, the more his heart races with excitement. Marshall promises to be just the type of challenge to inspire Stone to be a Master again. As Stone learns more about him, he sees the pain that Marshall has always tried to numb with drugs and alcohol. Stone also sees a man he could love—if he can ever reach him.

In the meantime, Stone and his investigative partner, Chuck, continue to search for Corey’s attacker. The abusive Dom appears to have gone underground. But what they don’t realize is that the closer they get to their prey, the more dangerous he becomes. 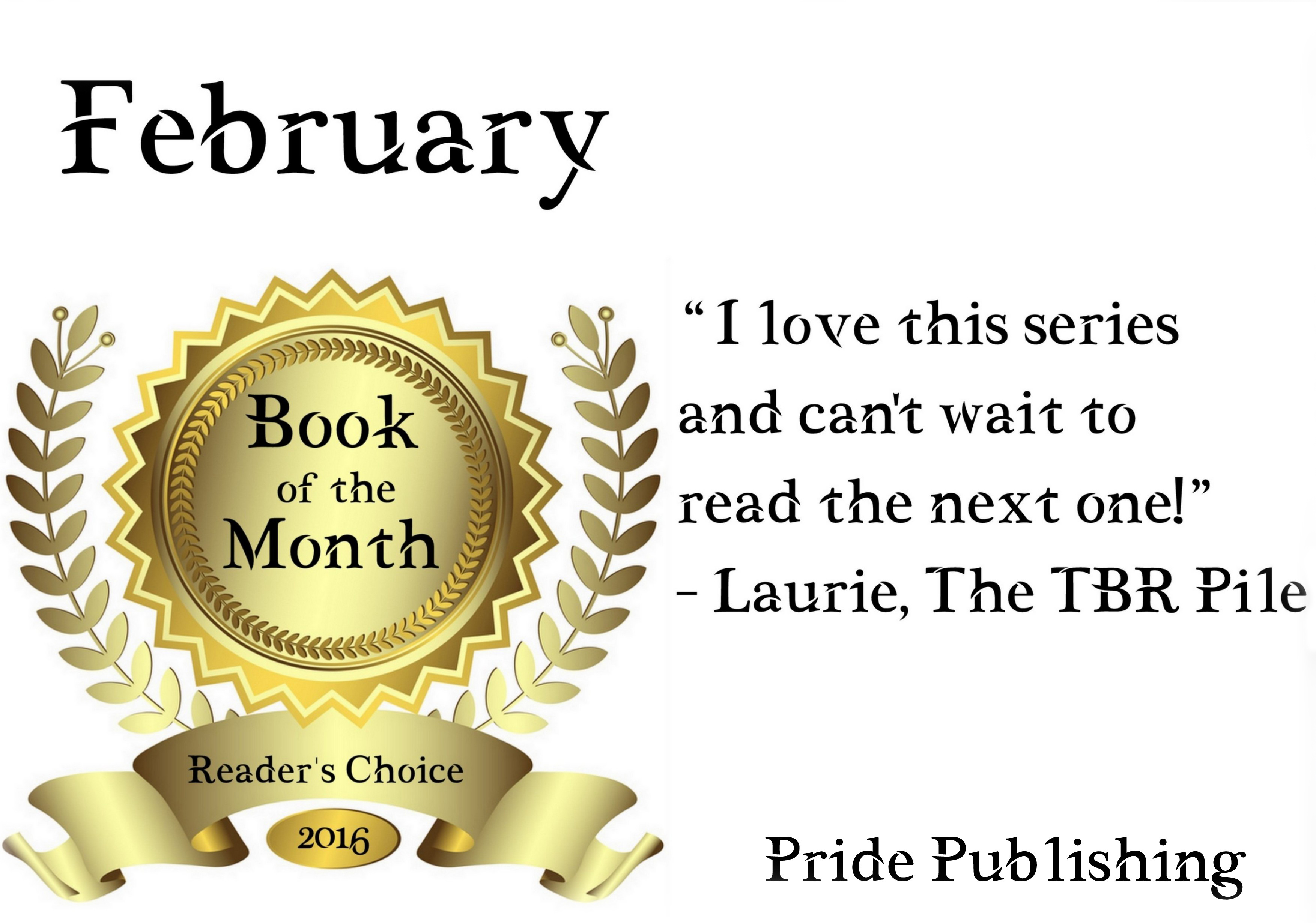 Corey couldn’t sit still. He jiggled one leg nervously as he sat in the large office located at the back of Kiss of Leather. The room had been one of the first to be finished off during the current, ongoing construction. Next to him was his soon-to-be official Master as well as lover, Derek. They held hands as they waited for Master Josh and Gavin to arrive. Derek’s partners in the newly forming BDSM club had agreed to witness the contract between him and Derek so that Corey would feel more comfortable, so that he wouldn’t be afraid that he had nowhere to turn if Derek turned out to be abusive. He held in a snort.

As if that would ever be a concern.

Derek had comforted him during the recurring nightmares of the attack he’d endured at the hands of his former Master, helped him to seek counseling, had even gone out of his way to spend time and do fun activities with him. More significantly, even as their attraction had become so palpable it’d been nearly overwhelming, Derek had never once tried to press him for sex. If anything, Derek had kept his distance to the point where Corey had needed to be the one to make the first move.

Derek laid a gentle hand on his thigh, stilling his leg. “If you’ve changed your mind, Josh and Gavin won’t be upset. Neither will I. A contract between Master and sub is something all three of us take very seriously. We wouldn’t ever pressure anyone into going through with anything if they weren’t completely ready.”

Corey’s heart clutched. He peered up at Derek. “Are you having second thoughts? I know we haven’t known each other very long, only had sex once, but I’ve lived with you this past month and I thought…”

He swallowed down his emotion. Ever since what’d happened with Tony, when his former Master had tied him down then let all those men take him, it’d been too easy for him to cry at the slightest provocation. He hated it. Before he’d had a chance to take another breath, he was gathered onto Derek’s lap.

“Not me, Corey. Not even for a second. You’re my boy. Always will be if you’ll allow it.” Derek held him to his chest, his arm wrapped around his shoulder, the other supporting his back. “Don’t take this wrong, but I worry that after all that’s happened to you, and because of how young you are, that someday you might feel restricted by our relationship, that living a quiet life with me in the canyon would become too boring.”

Corey curled the fingers of one hand in Derek’s shirt, seeking to hold on tighter. He gazed up at Derek, meeting his eyes, intent on reinforcing what he’d told him the night before after they’d made love. He knew it was easy for things to get blurted out in the heat of the moment or in the warmth of the afterglow. It hadn’t been the case with him at all and he needed Derek to understand that.

“What I said last night? About how all I’ve ever wanted was to belong to someone? I meant it when I told you that you’re the one for me. Even when I imagined having someone to care for me, it wasn’t as good as the reality of you. And I love the quiet. I hated how crazy it was in San Francisco. All I wanna do is hang out with you, work on bikes and do scenes. I love you, Sir. Love you so much.”

Derek pulled him close again, kissing the top of his head, rubbing circles on his back. “Scenes, huh?” He gave a low chuckle. “Then I want to give you a permanent contract if you’ll agree to it. I’ve wished for that too, but never found the right man who I believed was completely right for me. Not until now, boy. It’s yours if you want it.”

Corey screwed his eyes shut, battling the tears. He squeezed Derek, used as much strength as he could to embrace the much larger man.

Derek chuckled again, the deep timbre of his voice rumbling low in his chest. “Uh, trust me. Thank you.” He leaned closer to Corey’s ear. “I’ll be collaring you too. We’ll figure out the right time, but I didn’t want you to think I wouldn’t take the next step.”

Now would be good.

He sucked in a deep breath. He wanted it bad. Real bad. But he also needed to honor his new life with his Master by trusting and submitting. The growly, gentle bear had shown him over and over through his actions that he knew what he was doing, that he had Corey’s best interests in his heart at all times.

Corey tipped his head back, an unspoken request for a kiss. He gazed into the blue eyes of his new Dom, Derek’s frizzy blond hair held at bay by the leather tie he typically wore, his tanned skin highlighting his brawn. To Corey’s eyes, he was the most handsome man in the world. Derek quirked a smile, then leaned down to give him what he’d silently asked for.

Derek dipped his tongue into Corey’s mouth as he parted his lips. With gentle swipes he probed deeper, and Corey let Derek take him with the kiss, gave himself over to the powerful connection they shared. Derek finished it off with a firm press against Corey’s lips as if to seal the intent.

Corey exhaled on a sigh. He jerked his head around in response to a light knock on the door. Josh entered, a delighted smile on his face.

“Gavin will be along in a few minutes. He and Kyle slept in late after last night’s session.”

“Oh no.” Corey squirmed in Derek’s lap, making him moan.

Derek whispered in his ear. “Take pity on me?”

At the press of Derek’s growing erection against his ass, Corey scrambled off Derek’s thighs then sat back in his own chair. He turned quickly to Derek, cringing. “Sorry.” He included both Josh and Derek with his next words. “I don’t want Kyle to give up being with Gavin this morning if he needs him after that demonstration he gave. That was such a big step for him.”

Reviewed by 3 Chicks After Dark

What I like most about this series is, we have a main couple, a Dom and Sub, they are the main focus in the story yet the couples from the previous books still play a major part.The plot is really well...

Share what you thought about Bondage Rescue and earn reward points.