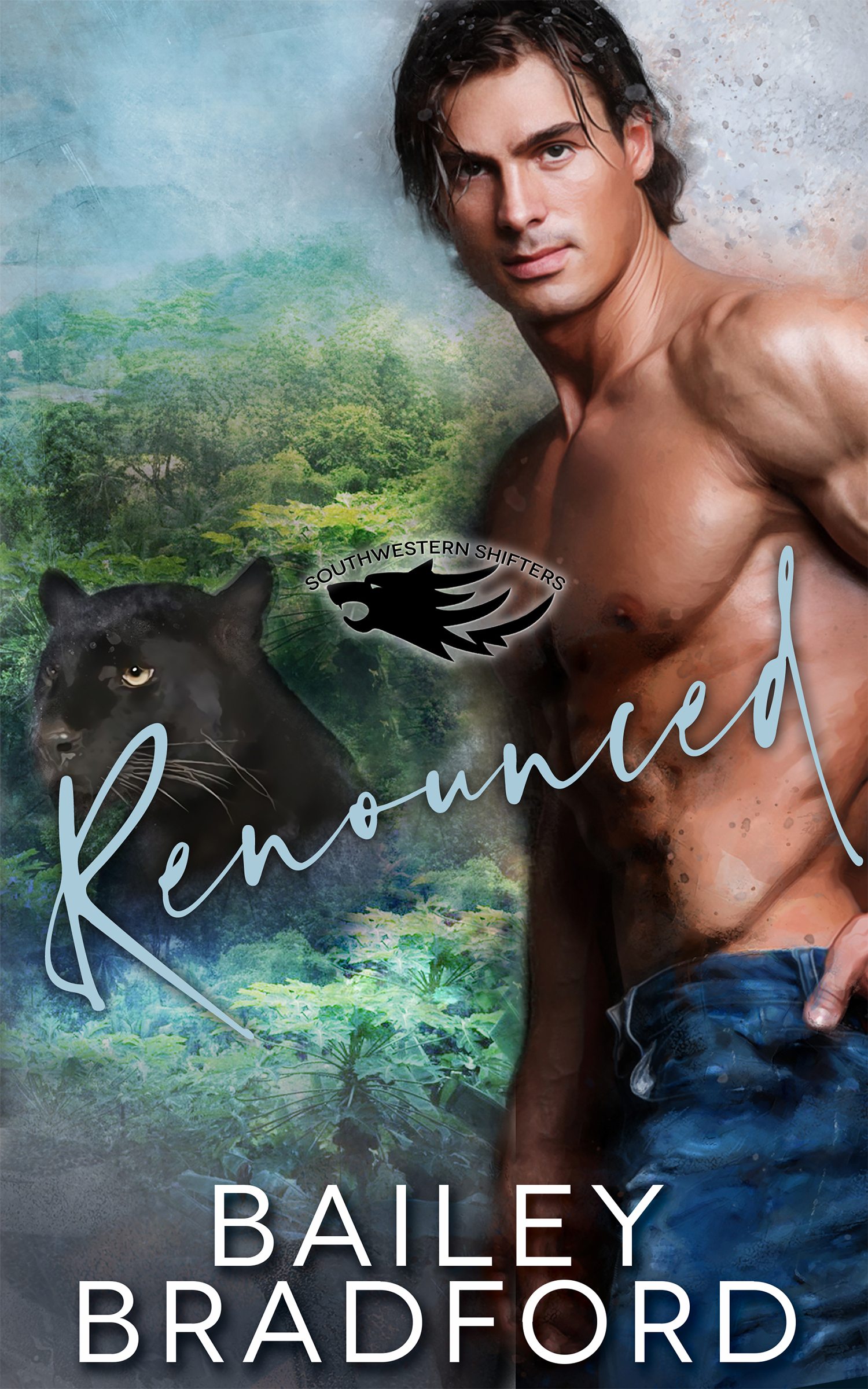 Nothing is as simple as it seems—or as safe.

Dallas Smith just wanted a nap in the hammock but he ends up being abducted by a jaguar shifter named Tiago. They have a distinctly different take on several subjects, and Dallas is shocked to learn just what Tiago really is.

Tiago thinks the wolves in the rainforest are an invasive species that need to leave.

Meanwhile, there’s a threat to the rainforest that no one saw coming. Marcus Criswell has had more losses in the past year or so than he can deal with. He has to, though, because he’s the Alpha Anax of the North American packs. The only reason he’s in South America is because his guard was kidnapped, but now Keegan is safe.

There’s still the matter of the man who tried to abduct Keegan. He can’t go unpunished. Then another shifter goes missing—Dallas, gone from the hammock in a heartbeat.

And on top of that, Maarten is missing.

It just got hotter than hell in Brazil.

A fitful sleep was worse than no sleep at all, Marcus decided as he forced himself to open his eyes.

“Coffee,” Nathan muttered beside him. “Ugh.”

Marcus snorted and propped his back against the headboard. “Food would be good, too. We’ve got a manhunt to get started on, and considering that we won’t be alone for who knows how long…” Marcus waggled his eyebrows. “Sex, maybe…if you’re up to it.”

Nathan growled a little, rolled over, and poked him in the belly. Not with a finger, either. “What do you think? And since when do we have to be alone to get off together?”

Marcus ran his hands down the firm planes of Nathan’s back to the plump mounds of his ass. He gave it a squeeze as arousal raced through him. “Well, fucking…”

“Yeah.” Nathan nipped at his collarbone.

It was just that Marcus was a bottom, and being a gay Alpha Anax, ruling over all the North American shifter packs, was hard enough on a straight person. Add in gay and more hate came his way. Pile on people’s preconceived notions about tops and bottoms, strengths and weaknesses, and both he and Nathan knew it was best to keep that part of their sex life private.

“But there’s always other things we can do,” Nathan mused as he began to nibble his way down Marcus’ chest.

Marcus’ reply was sucked away by a gasp when Nathan bit his left nipple. At the same time, Nathan plucked and rolled the right tip between his fingers, and Marcus forgot about anything else but the way Nathan made him feel.

And the way Nathan felt. Marcus touched him everywhere he could reach, but really loved burying his hands in the cool, long red hair that was free from the usual braid Nathan kept it in. Soft and glossy, it hung past Nathan’s ass when unbound. His pretty hair was the envy of many shifters, male and female.

Marcus bunched it in his hands, not quite tugging, but holding on as Nathan worked his nipples over. A moan slipped out, then a second when Nathan sucked firmly.

Somewhere overhead, the steady, loud thumping of a headboard told Marcus he and Nathan weren’t the only couple getting busy. He smiled when he thought of Keegan mated to Olin. Keegan needed someone to help him unwind.

Nathan pinched his nipple harder and Marcus’ attention snapped fully back onto himself and his mate.

“Yes,” he hissed to Nathan.

Nathan left love bites all the way down Marcus’ torso. The ones on his belly made Marcus squirm since he was ticklish at times, especially when there was more sensation to whatever was happening on his stomach or ribs.

Laughing wasn’t going to happen, though, because Nathan also cupped Marcus’ balls and kept rolling them in hand.

Marcus opened his fists and released the silky strands of hair. “Sounds promising.”

Nathan smirked at him. “I’m not promising. I’m telling you. I’m going to fuck you, hard.”

Jesus, the man still turned him into a puddle of want in a heartbeat. Nathan knew it, too. No doubt he felt it through their mate bond, just as Marcus felt Nathan’s love and adoration, his want and need.

Nathan loosely held the base of Marcus’ dick then licked over the head.

Marcus slammed his hands against the headboard. The loud thud would have been heard throughout the house.

Marcus didn’t care. He turned his face into his right arm and bit it, muffling the low, guttural groan that was torn from him when Nathan took half of his length in.

Wet and warm, Nathan’s mouth was perfection around Marcus’ cock. Nathan manipulated Marcus’ sac—rolling, tugging, pushing. He bent his legs and planted his heels, the better to thrust up.

When he slid the tip of his dick right into Nathan’s throat, Nathan let go of Marcus’ balls and instead rubbed over his asshole.

Marcus couldn’t have been still had his life depended on it. He writhed, head thrashing, unable to keep back the hungry sounds escaping him.

Nathan pressed two spit-slicked fingers into him. There was hardly a burn—Marcus was used to rougher sex. Gentle wasn’t in most shifters’ natures. Their beasts demanded a part in the breeding as well, so it was more common than not to have scratching, biting, and animalistic sex than sweet and tender—though that could happen.

But not this morning. Nathan sucked on Marcus’ cock until Marcus was too close to release. Every time Nathan swallowed around his tip, Marcus shuddered and ground his butt against Nathan’s probing fingers.

When Nathan finally eased them out and ended the blow job with a lewd lick over Marcus’ slit, Marcus was one stroke to his shaft from coming all over the place.

Nathan pressed his legs up and further apart.

Marcus pointed his toes as he spread. “In—”

The rest of his demand was cut off as Nathan smoothly rose up and filled him with hot, hard cock. Marcus curled up and was rewarded with a kiss that stole what little of his breath he had left.

Nathan plunged his tongue into Marcus’ mouth with the same masterful skill he thrust his dick into Marcus’ ass. Pleasure turned rapidly into ecstasy that rebounded from every nerve ending in Marcus’ body.

He held onto Nathan where he could, their skin—slick with sweat—making for a slippery grip. Marcus arched his neck, needing more, even though he hated tearing his mouth from Nathan’s.

Love these books, the series is fab and this book does not disappoint.

Spine tingling excitement builds as the danger escalates to everyone, and the pack leans things about their enemy that involves Tiago although he had no clue. The well written scenes and details capture...

Share what you thought about Renounced and earn reward points.