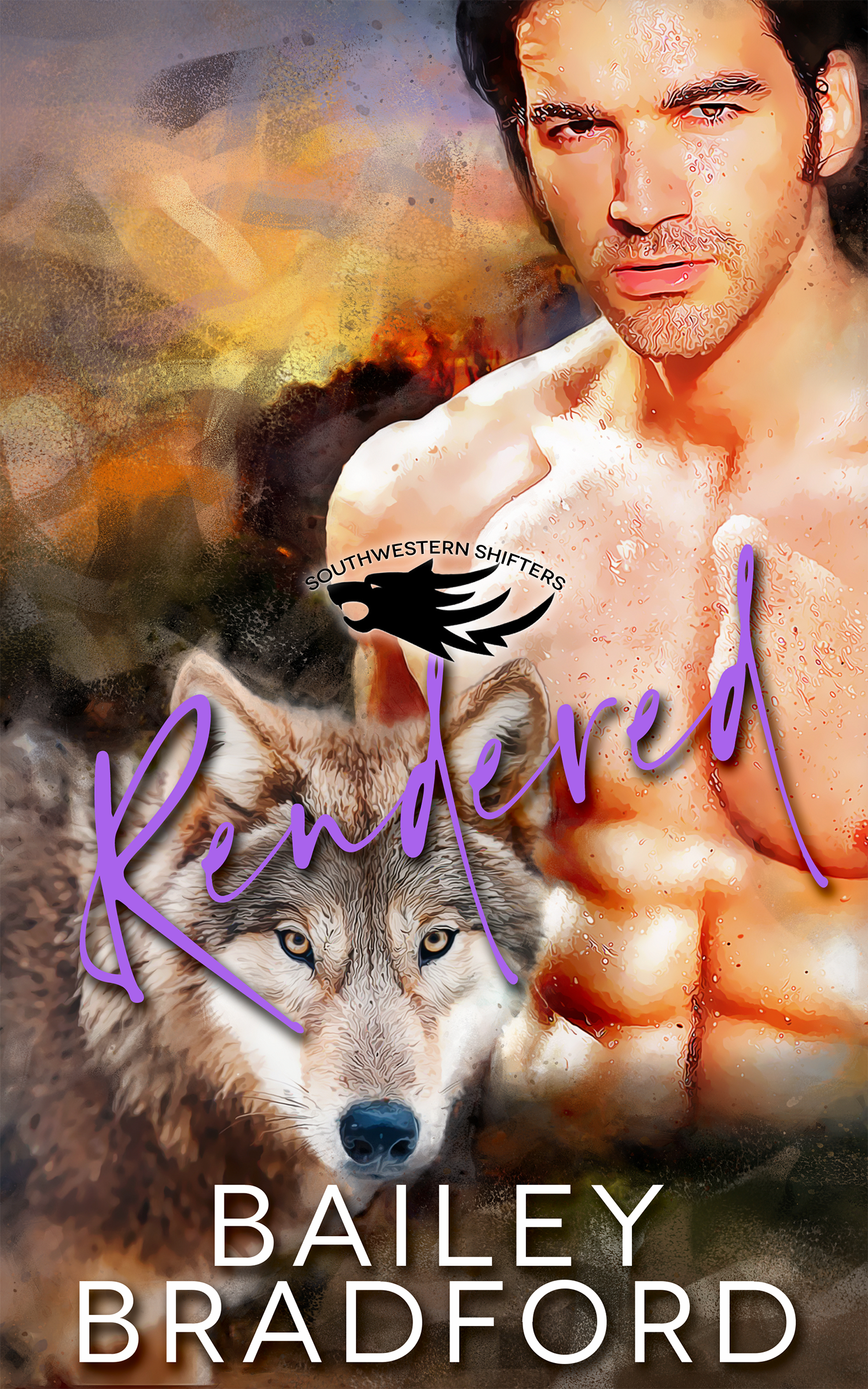 Book 4 in the Southwestern Shifters series

Alex Morgan has a mission set for himself-get justice for his Alpha Anax and come back the big hero. The only problem there is that he can't seem to track down Joshua Dobson, and he needs to, because Joshua needs to die. This was supposed to be a quick deal, but it's been weeks and Alex is tired and missing his pack, and he can't escape a few new truths he learns about himself.

Before Alex decides to totally throw in the towel, he manages to find the man he's been hunting, and his entire pack. Alex calls for reinforcements then finds he needs more than a few reinforcements of his own-against a man who has been abused most his life. A man who is Alex's destined mate. A man Alex doesn't think he should want, because he's the brother of Joshua Dobson.

Reader Advisory: This book is best read in sequence as part of a series and there is reference to past sexual assault and violence in this book.

What is it that makes people destined mates? Why can’t we have a say in the hand that’s dealt us? Alex Morgan wished to hell he’d had a choice. If that had been the case, he wouldn’t be hiding behind a thick green shrub, watching the man he loved with another.

Or maybe I would. Alex watched Marcus Criswell, the Alpha Anax—leader of the North American packs, with the pretty red haired man on the cabin’s porch. Nathan. Alex had heard the redhead’s name, but hadn’t seen him before. He wished he wasn’t seeing Nathan now, although that thought made him feel petty and small. But Marcus had never shown the slightest interest in Alex, had never looked at him the way Marcus was looking at the other man, as if his entire universe was centred right there in the man’s wide eyes. Never looked at Alex with so much love when he’d ached to see it.

The dull ache in his chest sharpened, growing barbed spikes that sent fiery bolts of pain into his spine. Every nerve vibrated with it until Alex thought he’d black out. Who knew emotional pain could be so much worse than physical pain?

He shouldn’t be here, but as always, Alex had been drawn to Marcus. He’d wanted to see the man for himself, make sure he was okay. While he was certainly much thinner than he’d been, Marcus was clearly in no danger of dying from his months in captivity.

In fact, with his more slender form and the shockingly long, beautiful blond hair, Marcus looked almost ethereal. Before, with his big muscled body and short close cropped hair, Marcus had been gorgeous. But now...now he was stunning, his cheekbones so finely etched they appeared blade-sharp. Gone was the goatee he used to wear as well, and his now-pale skin glowed—whether with health or happiness, Alex didn’t know for sure, but he suspected the latter.

It made Alex feel like the interloper he was, hiding from the other members of his pack, afraid to let anyone see him—certain he wore his broken heart on his arm. Right below his shame, which burned like a brand through his thick fur. He’d been such a fool, falling for Marcus, and whether it was true or not, he felt as if everyone knew about his unrequited love.

Alex’s paws dug into the soft earth, the yearning for Marcus quickly converting to self-loathing at having failed the man. Even if Marcus had ever been interested in Alex, he wouldn’t be now, not after the way Alex had let Marcus be abducted and held captive for six months. It was the ultimate failure for someone who was the captain of the Alpha Anax’s guard.

Marcus bent his head; the smaller man stood on his toes. Alex crawled backwards, his heart aching as the two men kissed tenderly. Marcus’ hands looked so big, so strong, so capable as they stroked down Nathan’s back before teasing the tip of his long braid.

Oh, it hurt through to Alex’s bones, watching the two of them! So why was he? Alex huffed softly, strangling the whine that wanted to work its way out of his muzzle. Hadn’t he already decided he couldn’t stay here any longer, couldn’t bear to see Marcus and his destined mate together? Marcus would be told of Alex’s admission of unrequited love, by Aidan, Marcus’ brother most likely, since he was whom Alex blurted out his unrequited love for Marcus to. Having Marcus know about it would be a humiliation to compound all others, and too much for Alex to cope with. He couldn’t stay, yet he loved the Alpha Anax.

And he’d failed him. He’d let Marcus be taken by a vengeful shifter Alex knew intimately. It was too much, a burden of shame that was crushing him. He couldn’t stay, couldn’t look into Marcus’ dark eyes and see the loathing there. There’d be no tender looks for Alex, no soft words of forgiveness. He didn’t deserve them anyway, should they ever by some miracle be spoken. All Alex could hope for now was to redeem himself, at least a little, by bringing Marcus’ abductor to justice, as well as whatever members of the traitor’s pack he could find.

Alex gave the mated pair one last look, envy melting to shame as he did so, then he turned and breaking his oath to never abandon his Alpha, Alex ran.

There were several things I really liked about Rendered. Obviously I really liked that Joshua was brought to justice. This of course was tied with the emotional healing that Alex and Sean begi...

Poor Alex. Life isn't easy on him and the guy he is least expecting to be is his mate. Once they do meet nothing else matters than they do to eachother. A touching story about overcomming obsticles and...

Share what you thought about Rendered and earn reward points.