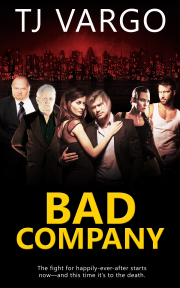 Curtis has found a soulmate in Julia, but happily-ever-after endings don’t happen in Tombs without a fight—and this time it’s to the death.

Hard men, bare-knuckle brawls, fast girls and dreams of making the big score have filled Curtis’s days. Now he wants out. But leaving a life of crime in the city of Tombs isn’t easy. Whether it’s his partners in crime, his ex-girlfriend or his broken-down crook of a father, the whole town seems to be lining up to settle scores. The only bright spot? Julia, a dark-haired beauty who’s on the run from an abusive boyfriend. Although her body’s been bruised and her soul’s been battered, she still believes life can be good.

Working together, Julia and Curtis know they can make it out of Tombs and find happiness. But when the crime lord’s personal killing machine, Joe Cracker Jones, comes after them, they’re faced with the hardest decision of their lives—let Curtis fight to the death or go on the run together forever.

Curtis Monroe sprinted toward the chain link fence, but he knew he couldn’t hold the pace. His thigh muscles cramped from lack of oxygen and streaks of light danced in his peripheral vision. He pulled back a touch, his heart pounding. His lungs burned. Each step bore the weight of wet concrete. But he grinned through the pain. Once he’d cleared the fence, he’d be home free. He tightened his grip on the black metal cash box under his left arm, hearing Sonny’s footsteps behind him, matching him stride for stride. He looked back and saw Sonny’s eyes, staring out from a black, grease-painted face.

“We’re almost there,” he yelled. “Just up this hill. Don’t slow down.”

He locked his gaze on the fence’s silhouette, stamped against the clear night sky. His backward glance at Sonny showed that the two security guards chasing them were twenty—maybe twenty-five—yards back. And the off-duty cop with the beer belly was totally out of the picture, watching the chase with binoculars from his post outside the stadium’s ticket booth. Problem was, in that bare second of a backward glance, Curtis had seen the empty dog leashes hanging from the cop’s hand. Everything hinged on when the cop had released his Rottweilers—that, and how fast those black and tan monsters could run. Fear of being dragged down by the dogs squeezed a band of panic around his heart. He and Sonny had to clear that fence. Fast.

Adrenaline dumped into his system. The night sky peeled open, turning bright as his pupils dilated. He pushed into high gear. Everything fell away, muting into background noise—the sound of his footsteps cutting through the grass, the burning in his thighs and lungs, the sound of the security guards yelling for him to stop. He tossed the cash box over the fence, scrambled up it then vaulted the barbed wire.

He dropped on the other side of the fence, bending at the knees as he hit the sidewalk. Grabbing a fistful of chain link, he watched Sonny run toward him. The two security guards hadn’t made up much distance. They were still at least twenty yards back. It looked like Sonny would make it. Then Curtis stiffened, tightening his grip on the fence. The two Rottweilers came out of nowhere, running by the security guards with fantastic speed. They bore down on Sonny, closing the distance in great, muscled strides. The bigger of the two bolted out in front, his legs stretching in a last dash to sink his fangs into Sonny. Shaking the fence, Curtis yelled, “C’mon! Run!”

Sonny threw his cash box over the fence. It broke open on the street behind Curtis, scattering change over the asphalt. The fence rattled as Sonny slammed into it. Mouth open, Sonny gasped.

Curtis pushed his face against the fence.

Sonny scrambled up the fence, but Curtis could see it was too late. The lead dog was three strides away, ready to launch into Sonny. Curtis shook the fence and screamed at the dog.

The huge Rottweiler turned his head in full stride to throw himself at Curtis. Slobber flew into Curtis’ eye as the dog hit the fence and began twisting and pulling at a mouthful of chain link.

Curtis backed up, blinking to clear his vision. A blurry image of Sonny perched on top of the barbed wire came into focus. The sound of ripping denim filled the air as Sonny leaped. Curtis watched Sonny hit the ground head first.

Sonny lay limp, face down in the grass, the leg of his jeans ripped from knee to ankle. He wasn’t moving. Curtis held his breath. His mind circled tighter and tighter. This was bad. He couldn’t leave Sonny. But he couldn’t stand here and let the guards catch him either.

The fence shook with a jackpot rattle as the second Rottweiler and both security guards slammed into it. Curtis helped Sonny up then turned toward the fence. Both the guards were sweating and panting, on the edge of keeling over, but they obviously spent a lot of time in the weight room. One was goateed, bald and a couple inches shy of six feet. The other was well over the six-foot mark and probably had to turn sideways to fit through doors. Curtis decided the shorter guy took the prize for crazed maniac. His neck was a pillar of muscle and his vein-wrapped arms stretched the sleeves of his blue Armco Security golf shirt.

“You guys are dead!”

Curtis grabbed Sonny by the shoulder to pull him away from the fence. Sonny pointed at the guard.

“Yeah? Come on over here, and we’ll see who’s dead, you mother—”

Curtis backhanded Sonny and put his index finger against his lips, shaking his head.

Sonny shoved Curtis, rubbed his mouth where Curtis had hit him then stalked into the street.

A red haze filled Curtis’ head. The sound of the screaming security guards and barking dogs collapsed into static as he picked up his cash box. He brushed a clot of mud off the box. There wasn’t time now, but he’d get in Sonny’s face later to remind him for the hundredth time that talking was how they got a piece of you—how they put together the profile that put you in prison. He slapped the cash box then shoved it under his arm. And there was gonna be a long conversation with that idiot Fitz. If Fitz had done his job and set off the firecrackers by the dumpsters, they would’ve been long gone before the security guards got a sniff of them stealing the boxes from the cashier’s office.

He straightened and looked down the street. Fives, tens and twenties blew against the curb, some skittering past Sonny’s cash box, lying in the road with a busted lid. On his knees next to the broken box, Sonny worked to jam the lid shut. Curtis picked up loose bills, stuffing them into his pockets. He scraped at a wet fifty-dollar bill stuck to the concrete. A series of rattles from the fence caught his attention.

The bald security guard was on the fence, climbing toward the barbed wire, with his partner pushing from below. Curtis scraped his fingernail under the fifty then cursed as the corner of the bill ripped off. He shoved the torn bill in his pocket and ran to Sonny.

“Damn thing’s broke,” Sonny said, gripping the cash box. He stood then raised his eyebrows. “Oh, sorry. Am I allowed to talk now?”

Curtis snorted. “Get your ass in gear before they get over the fence,” he said, then turned to sprint across the street into the quiet neighborhood of split-levels and colonials.

Four blocks deep into the neighborhood, Curtis cut into the side yard of a big, southern-style white house with pillars bracing the front porch. He slowed to a walk, stopping in the shadows to lean against the chimney. Sonny huffed next to him.

“Gorman’s one street over, that way,” Curtis said, pointing through the backyard.

Sonny bent over, hands on knees. “Fitz better be there. Don’t know if I can run no more.”

Curtis jabbed him in the chest. “You’re running. We’re both running until we’re clear of this. Got it?”

Curtis spat, then pushed away from the chimney. He ran through the yard then pushed through a hedge into a parking lot with Sonny right behind him. A Ford Bronco idled in the lot, parked next to an eight-foot, wooden Gorman Park sign. Curtis ran toward the SUV.

He opened the Bronco’s front passenger door. The hinges screeched.

Fitz stared at him from the driver’s seat. “About time,” he said.

Curtis slid into the front passenger seat. The back door’s hinges screeched even louder as Sonny got in. Curtis turned to Fitz. “Didn’t I tell you to put WD-40 on these doors?”

Fitz shrugged. “What do you care? They’re my doors.”

“The cops in Bromfield probably heard us opening your rusty-ass door,” said Curtis. “But maybe that don’t bother you. Kinda like me and Sonny having security guards and dogs on our ass don’t bother you, huh? What happened to the firecrackers?”

Fitz smiled. “They wouldn’t light. Must’ve got wet or something.” He turned to Sonny. “Was he whining like this all the way here?”

Curtis wiped the greasepaint off his face, then turned his attention to the cash box in his lap. He opened the lid and started counting, blocking out the sound of Fitz’s and Sonny’s bullshit.

Ignoring the sound of gravel crunching as the Bronco rolled out of the parking lot.

Shutting out everything but the numbers adding up in his head. 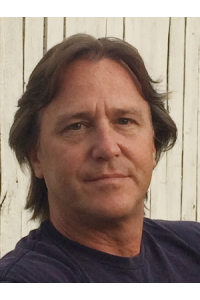 TJ Vargo always wanted to be a writer. His earliest inspiration came from sword and sorcery novels—the ones with a barbarian protecting a damsel in distress--Frank Frazetta paintings brought to life. Those characters lived in shades of gray--stealing, trysting, conniving, sometimes even killing. But when evil reared its ugly head, they took care of business. That’s what TJ aspires to in his fiction.

TJ Vargo is an award-winning author living in Columbus, Ohio, USA. He studied creative writing in the Northeast Ohio MFA program at the University of Akron. Most importantly, he is the owner of a blockheaded boxer named Joey, who has a face like a gorilla.

For more information on TJ's writing or Joey, check out TJ's Website.

You can also check out TJ's Blog.

Share what you thought about Bad Company and earn reward points.