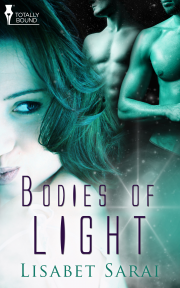 Physicist Dr. Christine Monroe has devoted her lonely life to research on hyper-space travel. Her continued failure leads her to sign on to the Archimedes, a sub-light-speed mission aimed at establishing a colony in the Sirius B system.

However, Alyn and Zed are solid, real, and ready to sacrifice their lives for the strong woman they've found stranded in deep space. As her ship begins to disintegrate, Christine must choose between the planet she was sent to save and the two alien beings she's come to cherish.

Share what you thought about Bodies of Light AUDIO and earn reward points.