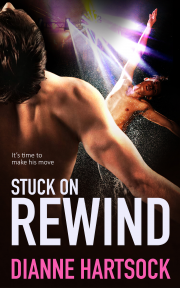 Can Ashton let go of his jealousy and be the friend and lover that Lance needs?

After a day spent denying his attraction for Lance, standing by while their friend Trey openly flirts with him, Ashton decides it’s time to make his move or risk losing his man forever. Once Lance knows how he feels, he’ll realize they should be together. Or is it already too late?

“Fuck!” Ashton shouted in a mixture of anger and ecstasy as Lance swallowed again, then let Ashton’s softening cock slip from between his perfect lips. Ashton leaned on his elbows, his chest heaving while he caught his breath. With a last kiss on his thigh, Lance climbed off the bed, sleek-limbed and graceful, and walked to the dresser with a sassy sway of his hips.

Ashton stared after him and groaned, not sure if he wanted to pull his friend’s ass back into his arms or punch him in the face. It would be incredible to wake up with Lance every morning and make love to him. But he sternly reminded himself that they were only friends and Lance needed to stop climbing into his bed at night uninvited.

“You do remember you have a bed of your own?” he asked, more sharply than he’d intended.

Lance gave him a smirk over his shoulder, making a show of licking the last of Ashton’s spunk off his swollen lips. “You told me to wake you at seven.”

“I didn’t mean… Oh hell.” Ashton fell back on the pillows and threw an arm over his eyes. He swore in exasperation when the mattress dipped and Lance’s familiar scent surrounded him. “Damn it—”

Soft fingers touched his mouth. “Don’t be mad, baby. I didn’t mean anything.”

Ashton peered at him through the dark curls that had flopped into his eyes. The guy looked positively forlorn, and Ashton sat up, giving him a one-armed hug. “I’m not mad. But you don’t need to keep doing that, either. You’re my friend!” He kissed Lance’s cheek, the velvet skin warm with a blush. “You make a terrific roommate, and I like the company.”

“And I like you.” Lance walked his fingers up Ashton’s leg.

Ashton laughed and shooed the hand away, but couldn’t help staring at the enticing evidence of his friend’s arousal between his legs.

“Can I take care of that for you?”

“Not at all.” Lance stood up, waving off Ashton’s offer. “I’ll deal with it in the shower. You have to save your attentions for Mister Man.”

“Who are you talking about…? Wait!” Ashton rolled off the bed and trotted after Lance as he crossed the apartment.

Lance giggled, slipping behind the bathroom door but holding it cracked open an inch. He smiled at Ashton with his pouty, kissable lips. “You know, the boss. Mr. Kent.”

“I’m not saving myself for—”

Ashton blinked at the closed door. Why in the world would Lance think he was interested in his boss? Sure, the man was handsome as sin, but he was also an egomaniac and tyrant. Why only yesterday, he’d…

Hot blood had scorched Ashton’s neck and face, his arm tingling where Morgan Kent had gripped it, towering over him. The man had bent to his ear, swamping Ashton’s senses with subtle cologne and a hint of sweat as he’d whispered, “If you can’t type a simple letter without mistakes, I’ll find a secretary who can.” He’d tightened his hand almost painfully on Ashton’s arm. “Or maybe I should just bend you over this desk and smack your ass for each mistake?”

Ashton’s dick jumped at the memory. He told it sternly to behave. “We’re not falling for that bastard. We’ll stick with the sweet boys at the club and call it good.”

Lance turned the water on in the shower, and Ashton sighed. Between two jobs and school, life was getting complicated. But if he could hold on for two more semesters, he’d graduate and make a better life for him and Lance. He bit his lip. If Lance stayed around for a while this time.

He padded barefoot across the living room to the small alcove where they’d put Lance’s new mattress. Neither one of them had money for a bed frame until Ashton got his next paycheck. A mound of clothes covered the bedspread, and a smile tugged his lips.

“No wonder you didn’t want to sleep here.”

Sighing again, he fell headlong into the soft pile, breathing deeply. It smelled like Lance. They’d been best friends since high school, though Ashton admitted he didn’t always understand the guy. He rolled to his back and stared at the textured ceiling.

“Why?” he asked a particularly thick swirl of plaster.

He remembered the men Lance would suck off behind the bleachers at twenty bucks a pop. Ashton had never asked him what he’d done the times he’d climbed into someone’s car.

“It’s not the money,” Lance had assured him one day while they’d lain in the middle of the football field and stared at the sun. “I like sucking cock.”

Lance had looked at him as if Ashton had slapped him, got up, and had walked away without a word. But Ashton had never forgotten the tears in his best friend’s cornflower-blue eyes. He’d never brought up the subject again, but it had taken months for the hurt to leave Lance’s smile whenever they’d got together.

“I’m so sorry, honey,” he said now, knowing how important it was for Lance to feel accepted and how the opposite tore his fragile heart to shreds. Ashton scowled at the ceiling, angry once again that Lance’s family had never accepted him, though he was sweet and gentle, leaving Ashton to act the part of brother as well as friend.

Lance turned the shower off and Ashton climbed to his feet. Lance had better have saved him some hot water.

Hearing the click of the door as he crossed the hardwood flooring, Ashton glanced up and gaped when Lance waltzed into the room, absolutely naked. He’d never fucked his friend, but Jesus, the man was gorgeous, from his rounded ass and sleek muscles to the lovely cock sitting up, waiting to be licked. Ashton’s heart pounded. He never could find the words to describe the perfection of Lance’s face, wet tendrils of ash-blond hair caressing his chin.

After growing up in California and spending the first ten years of marriage in Colorado, I now live in the beautiful Willamette Valley of Oregon with my incredibly patient husband, who puts up with the endless hours I spend hunched over the keyboard letting my characters play.

Overall this was fun, and sexy, and sweet, without being over the top. I would definitely read something longer from this author, or even another ‘love bite’ like this...Recommended for lovers of sh...

I loved this quick read! Ashton and Lance are in the same boat but neither talk about it with the other. I see how things got away from them, but wish they would’ve been able to talk to each other...

Share what you thought about Stuck on Rewind and earn reward points.