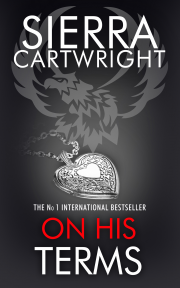 Book 2 in the Mastered series

It was business only… Chelsea Barton is terrible at the whole submission thing, and she wants to snare the Dom of her dreams. She seeks out the renowned trainer Master Alexander. Alex has his hands full with Chelsea, especially when he realises he doesn't want to turn her over to another man…

Damn, damn, and double damn. This was so not supposed to happen.

Chelsea Barton always gets what she wants, and she wants the up and coming rocker Evan C to accept her as his sub. But her performance always disappoints him.

Determined to have her way, she begs Master Alexander Monahan to train her.

Alex has given up training submissives, and no matter what, he would not work with someone as bold, headstrong, and stubborn as Chelsea.

But there's something about her that intrigues and impresses him, an enthusiasm that is missing from his too-dull life. Under very strict guidelines he agrees. She has to try her best. She has to submit uncomplainingly to his punishments. And there's a two week obligation, after which they will part ways. Being a trainer is a very different relationship than a D/s, and despite his intentions to remain aloof, he starts to care deeply for the headstrong Chelsea.

Chelsea unhesitatingly agrees to Master Alexander's rules, after all, he's going to give her the skills she needs to get what she wants. But, damn it, the longer she trains with him, the more she is attracted to his rugged good look as well as to his firm, but relentless ways. She reminds herself of her goals, but that becomes more difficult every day.

For Alex, falling for a sub who will belong to another man was never part of the deal.

"Where?" Chelsea Barton craned her head to get a look at Master Alexander Monahan.

"Near the fireplace," her friend Sara said.

That didn't stop Chelsea. Rules were helpful for other people. As for her, she knew what she wanted and she ruthlessly pursued it. And she wanted Master Alexander to make her into the perfect sub-or at least passable enough that no one noticed if she wasn't really all that into it. That was step one in Project Snag Evan C.

Master Evan C was a rocker whose band was climbing the charts. With the right PR firm-hers, if she could sign him-he could become a household name. As a double bonus, her firm would gain some real credibility by signing Evan C. But first she needed to snare his attention. And so far, her efforts had been a dismal failure.

She'd met him at a party six months ago, and she'd developed a certifiable fangirl crush on him. She masturbated to fantasies of him tying her up and fucking her hard. She wanted him, bad. And not just as a client, but also as a Dom. What could be more fabulous than career success and having a sexy man to boot?

Sara, always the unwelcome pragmatist, had advised Chelsea to forget her ideas. Master Evan C liked well-trained submissives, women who perfectly subjugated their needs to suit his. Which, as Sara pointed out, really wasn't Chelsea. Chelsea was headstrong and determined, a driven type A-plus personality who chewed antacid for breakfast, had rampant insomnia, and hadn't taken a vacation in over five years. That Master Evan C discarded women like the scarves he wore while performing made her all the more resolved to be the one to win him.

That was where Master Alexander came in.

According to Sara, he used to be a trainer, and he was still well respected. He didn't get emotionally involved with subs, and he was one of the best. That he was no longer in the business didn't deter her.

"And he's alone, finally," Chelsea replied. When she'd heard that Sara and her Dom had been invited to Master Alexander's birthday party at the Den, Master Damien's luxury mountain retreat, Chelsea had begged, pleaded and cajoled for an invitation.

At first, Sara had refused. She hadn't wanted to be part of any more of Chelsea's schemes. While Chelsea didn't blame her friend-after all, their last escapade had earned Sara a punishment beating from her Dom-Chelsea was set on her course. "If you'll excuse me..."

"Remember, you promised not to use my name. You don't know me."

She looked at Sara. "Have we been introduced?"

"Love you, too, girlfriend." After setting her shoulders, Chelsea headed straight for Master Alexander.

A couple stopped to talk to him. With a sigh, she paused to grab a glass of wine from a passing server. She was woman enough to appreciate the hottie. He wore a bow tie, but no shirt. He could have been poured into that pair of dress slacks. The material revealed his muscular thighs as well as his hot rear. And she supposed it was possible he had oil rubbed on his bare chest.

He bowed and said, "Enjoy your evening, madam."

Maybe she'd hire this crew for her next event. It would certainly be a shocker, get her some much-appreciated press.

Rather than taking a drink, she rolled the glass between her palms and waited. Finally the couple moved off.

She put down the drink, pulled back her shoulders, and began to move towards him. Damn, the cowboy hat just made him look like an outlaw.

He rested his forearm on the mantelpiece as she approached. Even from several feet away, he exuded power. Chelsea was weaned on bravado, and she had to call on that to keep moving forwards when she became aware of the way he watched her. His focus was intent and purposeful, and he casually glanced from the toes of her pumps to the top of the shiny clips she'd placed in her short hair.

He didn't greet her. Instead, he waited. That didn't surprise her. She'd done plenty of research on him. He hadn't got to where he was in the financial world by rushing to judgement. "Mr Monahan, I'm Chelsea Barton." She extended her hand and gave him her most dazzling, dentist-whitened smile. The look was practised. She could charm anyone with it. "I wanted to wish you a very happy birthday."

"Thank you." Finally, he dropped his arm and accepted her hand.

His grip was warm, firm, reassuring. Electricity all but danced up her spine. This close, he was gorgeous. Small lines were etched next to his eyes, and his lips were firm and full. The crazy notion of kissing him skipped through her mind before she ruthlessly shoved it away. She had a business proposition for him, nothing more. 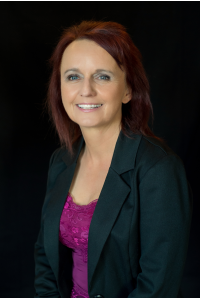 I bought this book on pre order because I just couldn't wait until Monday. I loved this book! It's fabulous! There are scenes that made my heart pound, ones that made me tear up... and the scenes were...

Sierra Cartwright never fails to wow me, no matter what the story. On His Terms grabbed me by the hair on the first page and didn't let up. How do you even go into a party wanting to be trained by...

What can you tell us about your new book On His Terms?

I think all intimate relationships can be a bit messy emotionally. It would be nice to think we always know exactly what we want and how to get it. In my fantasy world, I never question myself. And when I get what I want, I sit back and celebrate it…