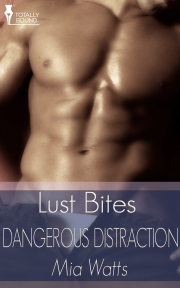 Will a dare and amazing sex get Rook out of the closet, or will he lose the love of his life to fear or even murder?

An afterhours dare has Detective David Rook kissing the sexiest pair of lips he's seen in a long time. He doesn't expect it will shake his closeted lifestyle to the core. Now ATF Agent Nate Giamanti is working with him on a case, Rook can't avoid his forbidden desires.

Nate challenges Rook with every encounter, but when Rook backs off, Nate doesn't want the drama that goes with hiding his sexuality, even if it means he could have a lot more of the detective in his bed. When their suspect trains his sights on Nate, will Rook finally get queened or lose the game to a killer?

“Fucking A! Those bastards from ninth are here,” Gedry snarled. “I fucking hate those guys.”

“Ninth in our neighbourhood? Fuck that.” Paulson’s partner looked ready for a fight. David Rook could never remember that guy’s name. Frankenfurter? Frententruber? Fronfuckingasskisser should have been his name.

Rook turned his bottle, expanding the moisture ring. “Ninth wouldn’t show up in our precinct for beer and pretzels.” He leaned on the high table where he’d propped his elbows. Hair fell over his eye and he puffed it off his forehead.

“The guy in the suit is DEA liaison for that office,” Gedry insisted.

Rook glanced over his shoulder. Five men huddled around a table like theirs. They were tight, controlled, watchful. These guys didn’t have that hang-dog endlessness about them like beat cops, nor the cadet-superman complex. Those uniformed guys all had one hang-up or the other.

This group looked solid and sported more than their share of confidence.

“You want a repeat of Strickland?” Gedry asked. His brows shot up, his upper lip wrinkled with scepticism. “You of all people—”

“—know when to let it rest,” Rook finished for him. He tipped the bottle to his lips, taking a long, final swallow.

“They stole our case,” Paulson said.

“It crossed lines. They had the majority of the information and the location of the hostages,” Rook reminded him.

“We had the bank that funded the damn thing,” Gedry said, increasingly disgusted.

Rook rose to his full height. “What the fuck do you want me to do about five guys from ninth hanging out?” He shook his head on a shrug. “It’s beer, Gedry. Get a grip.”

This was my favorite couple so far in the Boys in Blue series. Two cops, one that is out and one that is still in the closet. The dynamics of the couple was intrigu...

Share what you thought about Dangerous Distraction and earn reward points.