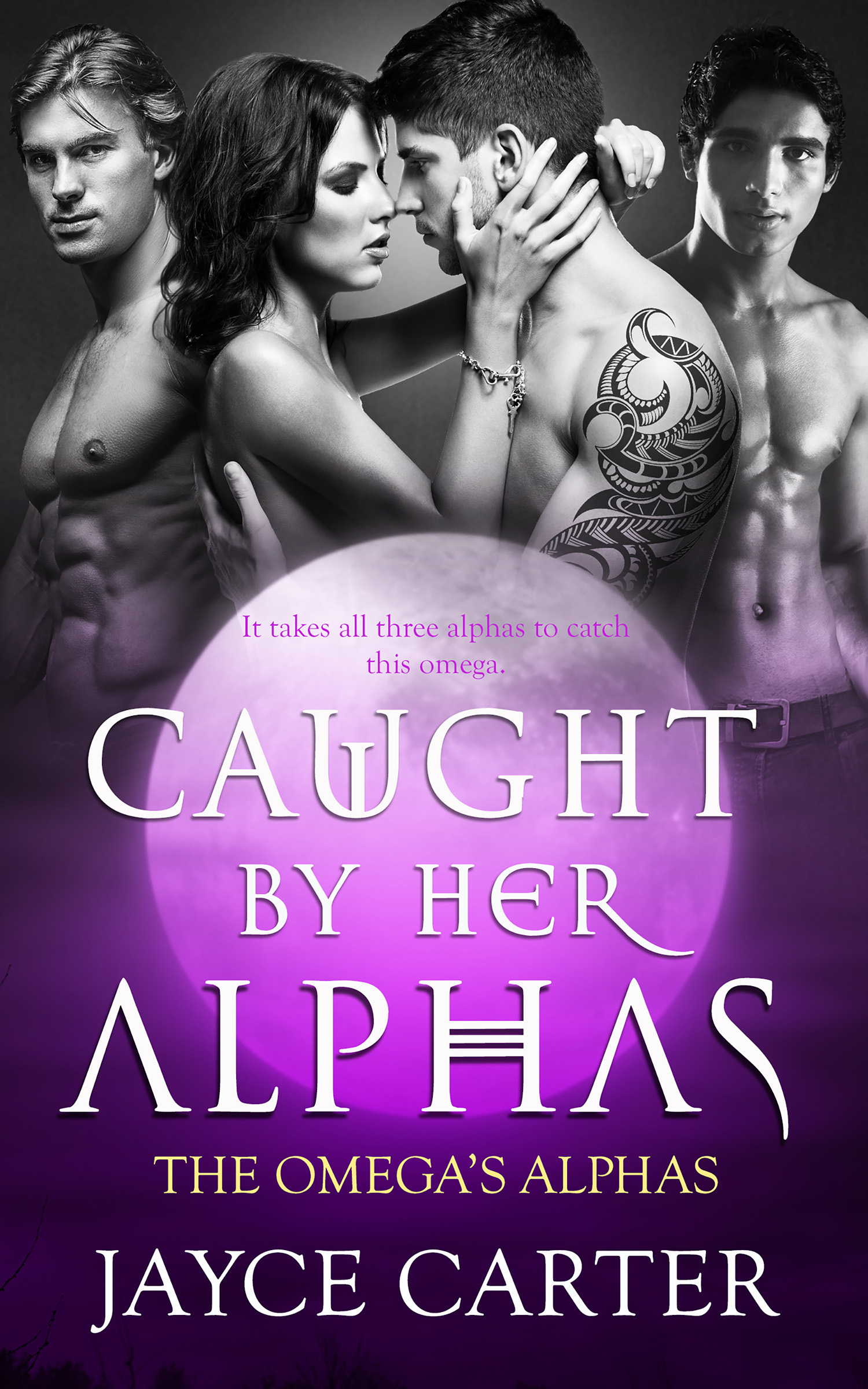 Caught by Her Alphas

Book 5 in the The Omega's Alphas series

It’ll take all three alphas to catch this omega.

Farrah has done whatever it takes to raise her fifteen-year-old son, Knox, on her own. The boy’s fathers, the three alphas she was best friends with as a teenager, know nothing about him, and she’s never planned on telling them. However, when Knox goes missing, Farrah has no choice but to ask for their help.

Ryder, Pax and Blake have long carried the guilt of sleeping with Farrah during her heat, afraid that they’d taken advantage of her. When she shows up asking for their help, it’s a second chance they don’t intend to waste.

The four work together to find Knox, but their past—the secrets, the guilt, the regrets—isn’t so easy to resolve. Can they save the child they share and heal old wounds, or will their happily ever after slip away yet again?

Reader advisory: This book contains scenes of violence, implied coercion and dubious consent. There is reference to killing a pet and an off-page abduction.

People weren’t supposed to try to cross the bridges they’d already burned, yet there Farrah was, tromping right over the ashes she’d made fifteen years before.

They’ll turn me away.

No, they wouldn’t. She knew it, even after so many years apart. Her childhood friends would be angry, but they’d never say no to her. Plus, she had money. She could pay well for their services, and, from what she could tell, they were worth every penny.

The heels of the receptionist clicked against the tile as Farrah followed her down the hallway. The large office said the trio had done well for themselves, though her own research had told her the same.

She’d love to say it was research she’d done earlier that same day, but she didn’t need to lie to herself. Those nights when the chill was too strong, when her bed was too cold and empty, she’d been known to spend an hour or two doing what any self-respecting single thirty-two-year-old did—stalking old flames.

Unfortunately for her, she only had the three alphas to stalk, and it never ended well. It only deepened that ache inside her, the one that missed the closeness, their laughs, and their smiles and their voices.

She shook her head. Walking into their office smelling of desire would be a horrible idea.

“They don’t normally take last-minute cases like this,” the woman said, the fabric of her skirt pulled tight over her ass in a way that said she dressed for the attention of the three.

Do they take her up on it? Share her between them?

Farrah dug her nails into her palms, a sting of pain before she loosened her fist and chastised herself. “Well, I’m glad they made an exception for me.”

“They didn’t.” The woman cast a conspiratorial smile over her shoulder. “I did. They try to take a few pro-bono cases a year and yours seemed like a good one. Since I do their schedule, they pretty much show up for the cases I tell them to.”

So it wasn’t Farrah’s money but rather her sob story. Well, whatever got her through the front door was worth it. She’d already been run around by the police, who didn’t consider a missing fifteen-year-old an emergency.

Despite her explaining that he’d never done such a thing before, they’d kept reassuring her that he was likely just out having fun. She’d called each morning only to hear that they’d found nothing yet.

Farrah doubted they were looking.

The door to the office at the end of the hallway was large, with a metal plaque that bore three names—Pax Sterling, Blake Cooper and Ryder Shane.

Farrah’s toe caught a corner of the tile, pitching her forward a quick step before she righted herself.

Sure, she’d seen their names, had searched for them, but seeing them on that door was so official. It was really happening.

After fifteen years, she was going to face the alphas who had broken her heart.

Share what you thought about Caught by Her Alphas and earn reward points.

Other books in the The Omega's Alphas seriesView Series Page