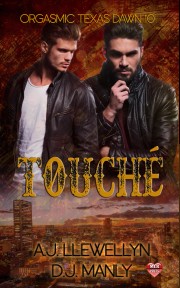 Marco and Sam grow closer but Marco, still recovering from his injuries develops a dependency on his prescription meds. He's in constant pain. With Trace and Sam determined to help him, Sam accepts an undercover assignment with the US Marshals in the often violent, drug-strewn country of Colombia. Marco flies there as part of the backup team helping Sam in his guise as a big-time drug buyer. The US Marshals hope to finally take down the Howard family drug cartel. Marco is in obvious pain but it's Trace who winds up hospitalized. Marco and Nicholas soon become involved in a strange case in the ravaged streets of Bogota, the nation's capital. An abandoned newborn baby has been reported to the hospital but the caller is a young girl who speaks only English. Marco and Nicholas race to find the child as Sam enters the twilight world of big-money drug dealing.

Share what you thought about Touche and earn reward points.