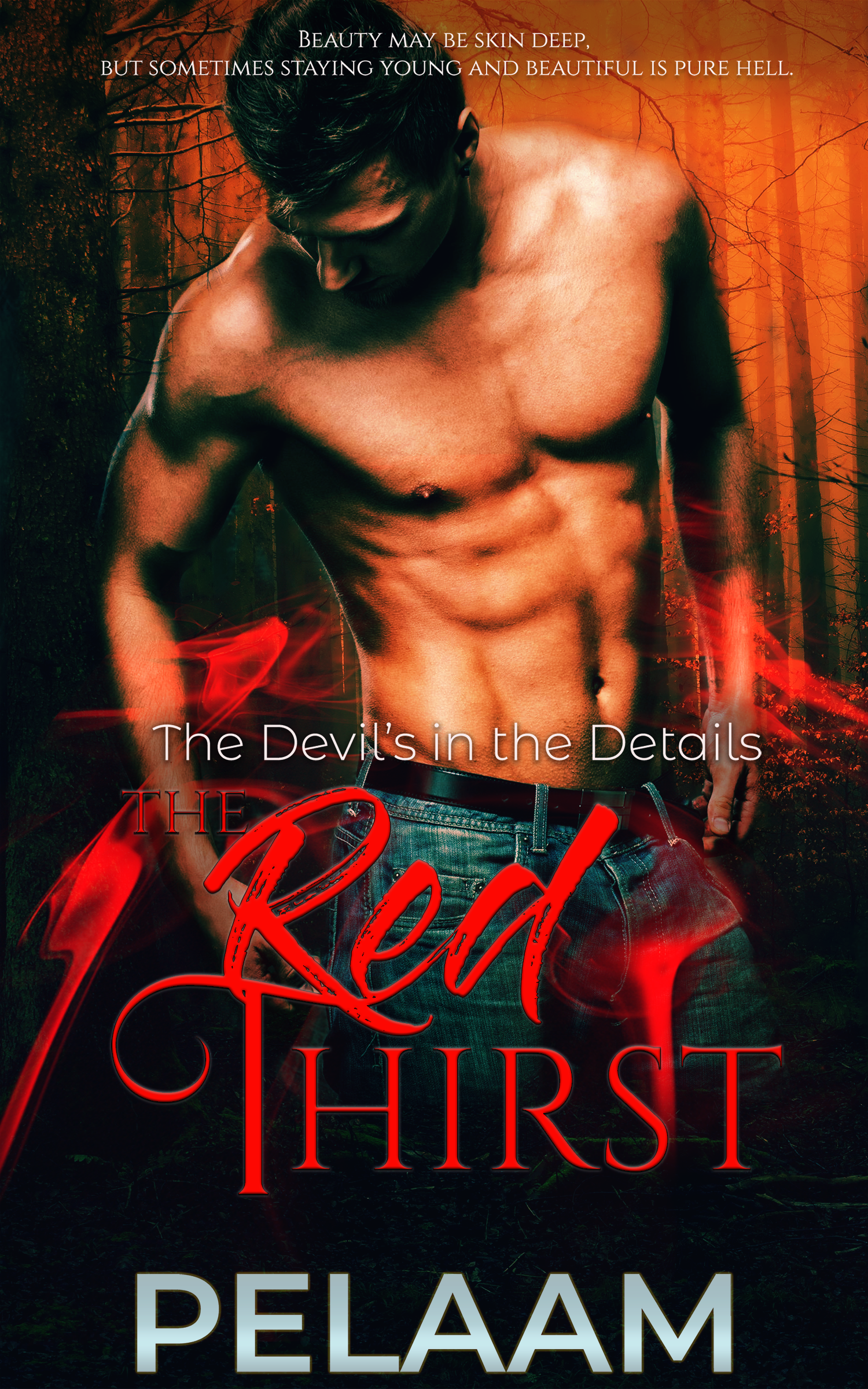 Book 2 in the The Devil's in the Details series

Beauty may be skin deep, but sometimes staying young and beautiful is pure hell.

They say there’s no rest for the wicked, but Garen and Luke are eagerly anticipating a brief vacation on the South Island, doing nothing more taxing than tramping, skiing and snowboarding.

However, when Garen meets up with an old friend—a ranger in the nearby national park—he not only finds that several trampers have gone missing there but also that his friend has a new boyfriend, Harper.

Although on vacation, they visit the one tramper who was found alive. Luke detects an aura of evil that is still preying on the man. While he performs a ritual cleansing to free the man of the demonic power’s lingering touch, Garen goes into the forest.

When he’s attacked by an unseen entity, Garen manages to escape. He returns with Luke to locate a body so that they can identify what is lurking in the forest’s depths.

Although Garen suspects that his friend’s new boyfriend is possessed by the demon they seek, Luke is less convinced. When the Dearg Due strikes, she aims for Garen’s heart, and Luke and Garen must battle to defeat the undying Red Thirst.

With a grunt, Garen leaned on the suitcase and yanked the zipper around to ensure it closed before straightening up with a sigh of relief. He and Luke had promised themselves a vacation for long enough. Now we’re finally taking one.

Although they’d discussed a trip to one of the nearby tropical islands, like Rarotonga or Fiji, ultimately they’d opted to visit South Island. Since it was almost winter, they’d probably be able to get some skiing in, as well as visiting an old friend of Garen’s.

The rest will do Luke good. He’s exhausted and needs a break.

“How’s it going in there?” Luke called out and appeared a few seconds later.

“The suitcase is packed.” Garen patted it. “Do you have your bag packed?”

“Yep. Incense, crystals, music, candles… All the things I think we’ll need to create a perfect sanctuary away from home.” Luke closed the distance between them and enveloped Garen in a hug, resting his head on his husband’s shoulder. “I keep expecting you to get a call and be told to defer the break.”

“Nah.” Garen shook his head. “Not a chance. I told everyone that we both needed it—that if we don’t recharge our batteries, we could make mistakes. No one wants to hear that from us.”

“Sneaky… Kiss me.” Luke lifted his face and Garen was only too happy to oblige.

As he slid his tongue past Luke’s lips, his husband’s familiar taste settled him. Garen never understood why he got edgy when they were going on holiday, and Luke always just shrugged it off as him leaving all that he was comfortable with and having to face the unknown. The good thing is that, whatever the reason, just having Luke close makes me feel better—more settled and definitely more relaxed.

“Did you remember to let Tane know? He’s the guy you spent time with when you were in the army, isn’t he?”

“Yes, I did—and yes, he is. I can’t remember how many years it’s been since we last got together. I think I’ve only seen him once since we got married.”

“Not surprising. We’ve only had a couple of real vacations. Your job doesn’t really have normal working hours.”

“No. They’re more like unsocial hours with even more unsocial things to deal with.” Garen scrunched his nose.

“Some are more unholy than they are unsocial. Some are actually far too social.” Luke snickered and Garen grinned.

“Not our problem now. Two whole weeks away from the office…” Garen took a deep, cleansing breath. “It’s been too long. I want to indulge in as much as we can—skiing, walking, eating… Although we do need to visit with Tane. It’ll be good to see him again.”

“Yes, it will. We should make an effort to visit friends more regularly.”

“Well, this is a start.” Garen reached out to pull Luke into his arms, then bent his head to kiss his husband. “Are you sure you’re all packed and ready to get going?”

“Yes. I have everything I consider valuable in my hand luggage. The stuff that’s more easily replaceable is in the case.”

“No wonder I had to all but stand on it.” Garen groaned theatrically.

“Har fucking har. You won’t moan when we’re lazing in a spa bath, with candles and incense to scent the room, doing nothing more strenuous than lifting a glass of champagne.”

“Mm-m. Now that does sound like a marvelous idea.” He claimed Luke’s lips in another kiss, thrusting his tongue deep before easing back. “I can think of something a little more strenuous we can do in a spa.”

“Now I really can’t wait to get there.” Luke wriggled his hips and Garen laughed.

There was one thing Garen had kept from his husband about their accommodation. Since they hadn’t enjoyed a holiday in a long time, Garen hadn’t cared about cost. Luke didn’t know that weren’t just staying in a hotel room. Garen had booked a spacious two-bedroom raised Deluxe Tree House, privately nestled within the lush rainforest.

He’d purposely selected it, not just for its proximity to the rainforest they’d be walking in—or the nearby snowfields or even its setting—but for its large outdoor deck.

“Garen…” Luke called out to him, his eyes alight with excitement, and Garen nodded.

“I promised you a spa.” The deck wasn’t just big, but it also featured a large, hot spa pool where they could unwind and relax under the forest canopy.

Each bedroom boasted a king bed with luxury linens and a large en suite bathroom with rain shower and under-floor heating. Garen could hardly wait to see Luke’s face when he saw it. The second bedroom would be ideal for his husband to use as a private space for his meditations.

While Luke meditated, Garen would stay in their bedroom, sit out on the deck or even lounge in the spa. Garen smiled as he looked around.

It’s going to be a relaxing, luxurious break—and we both deserve it.

This has been a really interesting series.. You guys know I love the paranormal and it’s been interesting to see the different historical demons and beasts and the history involving them. But it’...

Share what you thought about The Red Thirst and earn reward points.