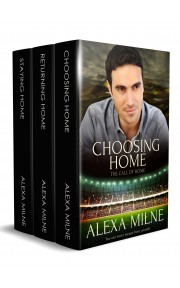 The Call of Home Box Set

The Call of Home series

When Darach McNaughton returns to his home town, the one thing he isn’t looking for is love. But when he meets the mysterious Brice Drummond, his investigative instinct isn’t the only thing aroused.

After a gang beats Brice Drummond, leaves him for dead, and needing to use a wheelchair, he ends up in a witness protection program. His only company is a beautiful cat aptly named Princess. He creates beautiful pieces of art, but allows no one into his life—until a handsome policeman appears out of nowhere.

On a snowy night, Darach McNaughton returns a crying cat to its owner and is immediately curious about the beautiful man with the tattoos. Bit by bit, Darach uncovers the shocking truth about Brice’s history. Can he get past what he discovers? Can Brice let someone into his life? Or will the past catch up with them both and tear their fledgling love apart?

You can never escape yourself.

It has been a year since the death of Brodie ‘Tosh’ Mackintosh’s husband, Harry. Unable to face all the memories of their life together, he moves into the house of his best friend, Darach McNaughton, and is comforted by the local Church of Scotland minister, Sam Carmichael, the middle of the five Carmichael brothers.

Sam Carmichael has always been a bit different from his siblings. He’s the only blond in a family of redheads, and the only one with religious beliefs. He also has more than one secret.

Can these two men overcome the events of their pasts and find truth and comfort with each other? And, when all their secrets are revealed, will they be forced apart or be able to plan on staying home together? 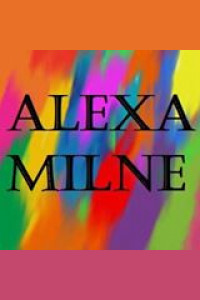 Share what you thought about The Call of Home Box Set and earn reward points.