Congratulations to our runners up in the Rainbow Awards 2016!

Congratulations to our runners up in the Rainbow Awards 2016!

We are super excited to announce the success of two Pride authors in the Rainbow Awards 2016.

These awards take place annually to celebrate the LGBT Fiction genre and those passionate authors behind the books!

“420 books, 165 judges, all over the world, and many, many submissions, from indie publishers, from mainstream publishers and self-published authors. And, to me more important of everything, we raised more than 14.000 dollars donated to LGBT charities:” – Elisa, Rainbow Awards Organiser 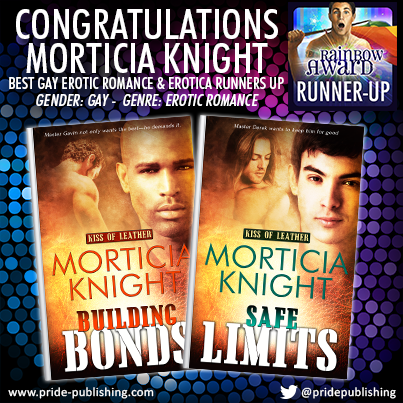 Take a peek behind the gates which guard Kiss of Leather. It’s the club that promises a completely decadent experience to stimulate your senses–and that leads unsuspecting Masters and subs to their Happily Ever Afters.

Love the sound of the Kiss of Leather series? Get your hands on books one to five here.

What better way to kick-start a series than with an award-winning book? The Tenth Muse is book one in Belinda’s new series, The Aphrodite Project. Congratulations Belinda on ranking in two awards! 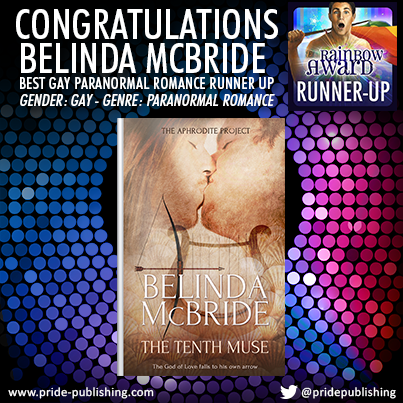 The Tenth Muse (The Aphrodite Project #1)

The Tenth Muse (The Aphrodite Project #1)

In a wicked game, the God of Love falls to his own arrow, and a gentle scholar learns how dangerous knowledge can be.

Aphrodite has had it.

It was bad enough that her son Eros walked a fashion show in drag, but did he really have to show the entire world his wings? Desperate to rein in the impulsive young god, she recruits the scholarly muse Rees to lure him back to Olympus until the scandal dies down.

After hundreds of years, Eros has finally located the reincarnation of his former love, Psyche. The only way to her heart is through fame, so the God of Love plans a daring campaign to win her back. Yet the closer he gets to Psyche, the more he’s drawn to a geeky young professor who came crashing into his life.

Eros drags Rees into his wicked world of high fashion and risqué parties, only to expose him to danger from an unexpected source. When Rees’ secrets come out, they threaten to destroy Eros’ love for him. Yet when Rees is kidnapped, Eros is forced to turn to the woman who set this catastrophe in motion—his mother, Aphrodite.

Love the sound of The Tenth Muse? Grab your copy today here.