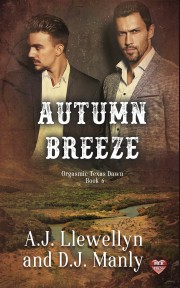 As Kieran and Jubilee struggle with the state of Texas over their desire to adopt Juan, Sean and Nicholas go undercover in an unusual and dangerous assignment, posing as potential boyfriends for Trendon Patrick, a serial killer with a difference. Patrick has a taste for law enforcement types, and counts on their in-the-closet status to stop them from reporting his activities. When he abducts Sean, he seems to know all his secrets and fears...including the time a pedophile tried to abduct him when he was nine. Meanwhile, Nicholas has his hands full, too, protecting a witness to murder. Except the witness is as wacky as they come. He thinks he's a vampire and insists on being called Prince Vlad...

Share what you thought about Autumn Breeze and earn reward points.