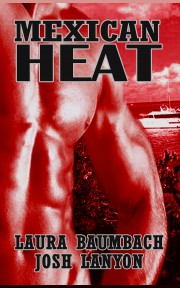 Tough, street-smart SFPD Detective Gabriel Sandalini is willing to do whatever it takes to bring down West Coast crime boss Ricco Botelli -- including a dangerous, deep undercover gig as one of Botelli's hired guns. But Gabriel's best laid plans may come crashing down around him when he falls hard for the sexy, suave lieutenant of a rival Mexican drug lord. Turns out his new love interest may have a few secrets of his own: secrets that could destroy both men and the fragile bond between them.

Share what you thought about Mexican Heat and earn reward points.