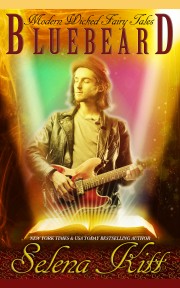 In this modern version of the fairy tale classic, Bluebeard -Â who wouldn't want to marry a rock star? That's what Petra told herself when she agreed to fly from Minsk to Los Angelesâ€”a mail-order bride to the lead singer of Bluebeard, one of the most popular American rock bands of the twentieth century. The question really wasâ€”why would a rock star want to marry her? Find out in this modern take on the Bluebeard fairy tale by Selena Kitt!

Share what you thought about Bluebeard and earn reward points.