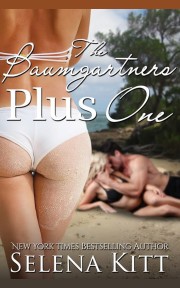 When Danielle Stuart meets the Baumgartners, her life doesn't need to get any more complicated. Studying Italian on scholarship at the University of Michigan, Dani is haunted by a horrible tragedy that her husband, Mason, simply can't come to terms with. But when she meets Carrie Baumgartner, and then her handsome husband, Doc, she finds her attraction to the couple irresistible, no matter how complicated things might get. While the two women bond over being childless and yet surrounded by children in the university's married housing complex, it's Doc Baumgartner who really brings them together with a game-changing idea that serves to reshape all of their lives.

Share what you thought about The Baumgartners Plus One and earn reward points.