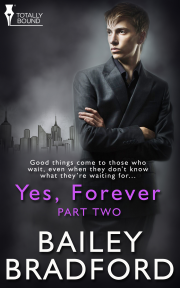 Confused, hurt and suddenly attracting more men than he has in years, John's life is beginning to spin out of control.

John hadn't known what he wanted when Benji came over asking if he wanted to get off, but he certainly hadn't wanted things to ends badly like they did.Now he's got more issues than he knows what to do with, and to make matters worse—or maybe better—John's family has decided his love life, or lack thereof, needs investigating and meddling into.Benji—he's in John's thoughts too often, but Benji had been clear about not wanting any strings. He couldn't make it any clearer when John sees him in the lobby one morning.John finds himself having a date with an attractive older man, and trying to let go of thoughts about Benji. Benji sure isn't thinking about him. The odd date ends awkwardly, for John at least, and he realises he has to start thinking about everything he says he wants, and what he really wants.

So after waiting for Part 2 to be released, there were many ideas that went through my head, (yes I almost sound like the writer here!) as to what I was hoping Bailey would have John would do next....

There is still nothing but confusion. Can't wait for the next installment.

Share what you thought about Yes, Forever: Part Two and earn reward points.