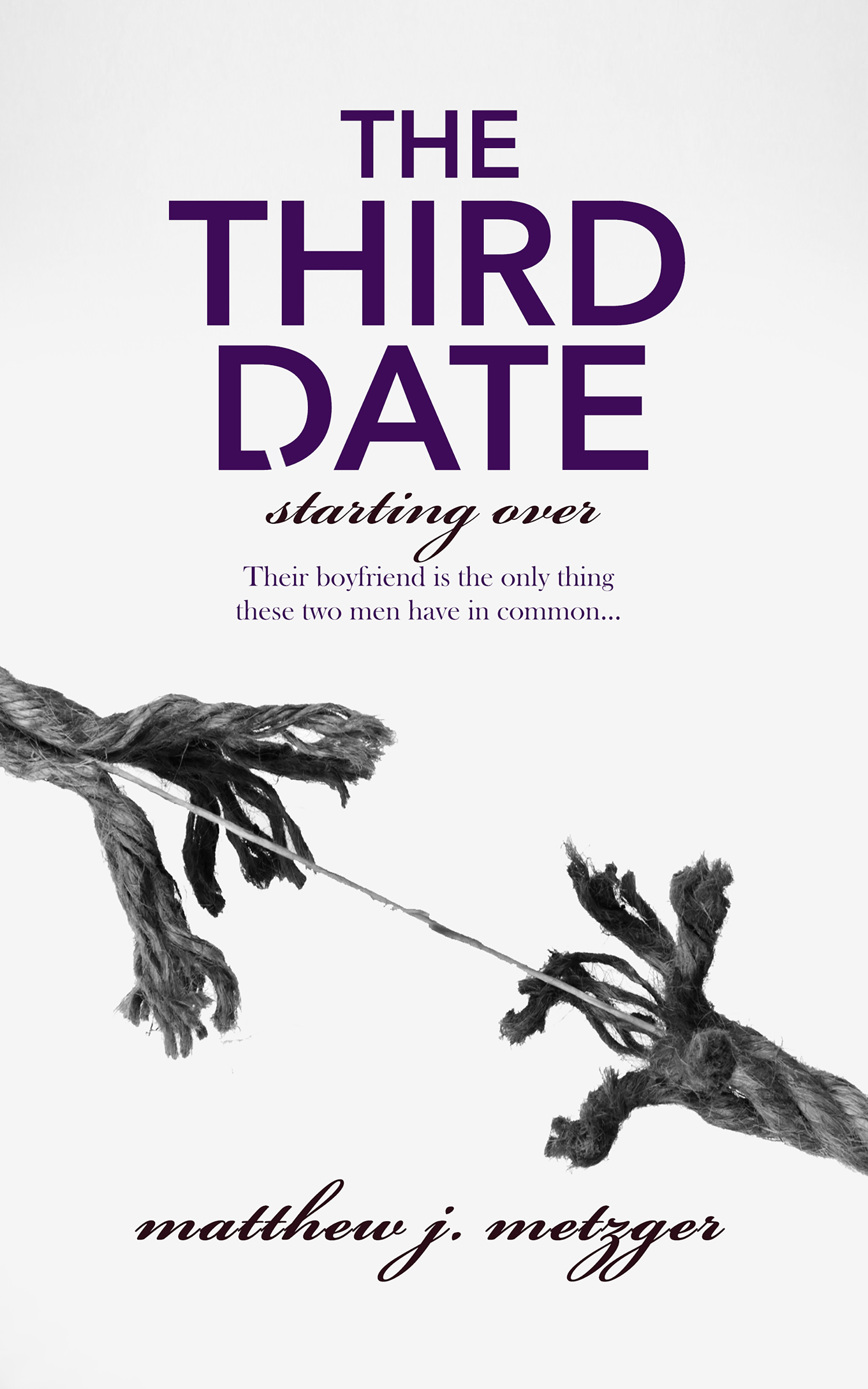 Book 4 in the Starting Over series

Gabriel’s accident means he needs constant supervision while he recovers, and Aled can’t just quit his job. So when Gabriel refuses to stay in hospital any longer, Aled resorts to emotional blackmail and recruits Gabriel’s long-distance boyfriend, Chris Wheeler, to come and set up shop in their home as an all-in-one nurse, housekeeper and general distraction from the slow progress of recovery.

But while Aled expected to have to get used to having Gabriel’s terminally shy boyfriend around the house, he didn’t expect the effect Chris has on Gabriel—and on Aled.

Is this just two couples under one roof, or is there something bigger waiting to be discovered?

Gabriel sulked by the door, scowling at the deluge. It wasn’t just raining. It was pissing it down. The force of the downpour was so strong that a haze lingered two inches above the tarmac.

Me: Pleeeeeaase tell me you’re done with that meeting now???

No reply. Great. He sighed. Nothing else for it. Aled was at work for another three hours, and Kevin was working out in Bradford all week. Sighing, he rummaged for his keys and pulled up the collar of his coat.

The bike rack was at least in a shelter, albeit that rainwater was running across the floor in rivers. His Converse were soaked through in seconds, and he grumbled as he wrestled with the padlock. On days like today, he figured Aled had a point about the merits of a car over a mountain bike.

His phone buzzed as he put his helmet on, and he paused in the relative dryness of the shelter to slide it out of his pocket, hoping it would be Kevin back from Bradford early, or Aled promising to come and pick him up in half an hour.

Instead, he smiled goofily.

Chris: Can you get the first week in July off? I don’t want to wait until November to spend some real time with you x

His heart picked up a little bit at the kiss. He’d known Chris almost two years, but there was just something sweet about him that got under Gabriel’s skin. Aled was the hot coals of a fire, alluring and intense but dangerous, too. Chris was more like the steady burning of a candle—quiet and understated, but luxuriously warm if one knew how to shelter the flame.

And Gabriel had both of them, all to himself.

Me: I can try :) You’re always welcome to spend your days off up here, though, even if I’m working x

Chris: Might be a bit awkward, just me and Aled in a room while you’re at work!

“Honestly,” Gabriel muttered. “Two years, you want to get over yourself yet?”

Me: He only bites if you ask very, very nicely ;)

Two years, and Chris had still probably only been in Aled’s company for a collective two hours.

Gabriel rolled his eyes and tucked his phone back into the inside pocket of his jacket, where it stood a fighting chance of not drowning in the deluge. At least there was a hot shower waiting when he got home. And Aled was stuck in a meeting from one until five with the entire board, which meant he’d be in a savage mood when he got home. The sex was going to be fantastic.

That, more than anything, got Gabriel up on the bike. Kickstand up, he rolled out of the shelter and was instantly hit with an icy-cold deluge. He grimaced. It was gloomy enough that the lights flickered into life as he wrestled the bike over the bank and down onto the side road. He opted for the main road rather than his more usual back streets. It was faster—and in this grim excuse for weather, Gabriel would take all the faster that he could get.

The phone started ringing as he surged over the crest and onto the main road, and he began to coast down the slope towards the town centre. It stopped as he passed the Lupset turning, but started again as he shot through the next set of lights. Kevin must be done in Bradford, then. Aled rang once then texted. Chris never rang at all. Gabriel ignored it, frowning as the tyres skidded as he passed into the bus and bike lane. He squeezed the brakes gently, felt the wheels slow, and felt the lack of response when it came to actual speed. Great. The amount of water on the roads was affecting the tyres’ grip.

“Thank fuck for a long weekend,” he muttered. He wasn’t back in work for four days, and he had every intention of staying in the flat for all four of them. A long soak in the bath. Closing all the blinds and parading around naked. In fact, he wasn’t even going to leave the flat for Kevin. If Kevin wanted to play, then—

Something flashed out of the corner of Gabriel’s eye. Lights. He slammed on the brakes and heard the squeal of rubber underneath him. Felt the bike smash sideways on slick tarmac.

He blinked. There was rainwater on his face, and he could hear—

Sirens. There was an engine running nearby. People talking.

“Ambulance is nearly here, son. Can you hear me?”

He blinked again. The red tinge cleared a little. There was a ghostly-white face above him. A pothole was cupping one cheek, and a clammy hand the other. Across a thousand miles of bouncing water, he could see something white resting in the road.

It was half of his helmet.

I didn’t realize this was part of a series until I got to the end and thought what an unsatisfying ending it was. I was then extremely happy to find the book is, indeed, part of a series and there...

Share what you thought about The Third Date PRINT and earn reward points.