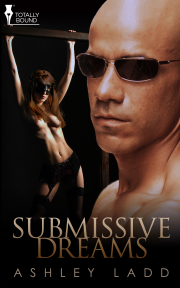 She can't stop peeking at her ex with all his film partners. When an ad pops up for a new partner to have sex with Brand on film, her friend Lilli persuades her to apply. Donning a mask, disguising her voice, Stacey decides to see if she's still in love with him.

“You’re not gonna fuckin’ believe this.” Lilli whistled long and loud while she shook her head. The late afternoon sunlight filtering through the grimy windows glinted off her multi-coloured hair streaked blonde and red through her auburn locks.

Accustomed to her friend’s over-ebullience, Stacey Cooke gave an obligatory smile. However, she didn’t blink an eye. “Uh huh.”

“No, I mean it. This is fuckin’ unbelievable! Sit down. This is wild.”

With an arched brow, Stacey double checked her seating arrangement. “I am sitting. So what is it I won’t believe?”

Stacey gulped. Naked bodies writhed together, kissing, caressing, shagging their arses off... Women were tied up while men enjoyed their wicked way with them.

“Uh, why do you want me to look at this?” Despite herself, she couldn’t stop staring at the huge hard cocks fucking the moist pussies. Nor could she keep from creaming her own panties.

“Come on. Don’t you see it?” Lilli jumped up and down as if panicked. She jabbed a finger at the screen.

“Look at the man’s face. Don’t you recognise him?” Her friend’s voice reverberated with frustration and excitement.

Stacey hadn’t exactly been studying faces. Those muscles and cocks were mouth-watering scrumptious, and she squirmed on her chair.

Lilli tapped her pointy, chipped fingernail on a man’s face

Stacey’s eyes dilated on the face she knew so well. It went blurry before her eyes, and her heart skipped several beats. She couldn’t breathe. It couldn’t be. She had to be hallucinating. Or this was a trick. Was it April first?

The caption under the bald-headed man proclaimed him to be ‘Tyrannosaurus Rex’, but it was unmistakably her ex-husband—on steroids. Or maybe some great graphic air brushing was in play. Still, she laboured in disbelief as she struggled for air. “Th-that couldn’t be him. He’d never, ever...”

Gobsmacked, she couldn’t finish the sentence.

All of the above. Stacey couldn’t help herself, she stole another look at the man’s face. It certainly looked like Brand, but she couldn’t wrap her mind around all this. Hell no! Her husband couldn’t be fucking other women. Especially not so many other women—where everybody could see him. “They say everyone has a double...”

“If it was me, I’d be finding out for sure.” Lilli waved a dismissive hand and paced before her.

The hurtful truth slapped her between the eyes, and she dragged in a deep breath.

“We’re divorced. He can do whatever the hell he pleases.” Even if it ached that he’d never done any of that with her, that he was doing it with so many other women, she’d get over it. Still, obsessed against her will, she scrolled through the pages, counting just how many partners he’d had. Holy! ‘Rex’ had fucked at least twenty women onscreen. The man was more machine than human. vShe mumbled more to herself than to her friend as she rested her chin on her hand, her spirit draining. “Just how would I find out for sure?”

Lilli confiscated the laptop and clicked on a few keys. Then she handed it back as she licked her lips. “Look, they’re advertising for women who want to...participate.”

“You’re not suggesting...?” Stacey gaped at her friend. “Why would I want to? We’re divorced with a capitol ‘D’.” Pain slashed at her nevertheless—a pain she didn’t want and refused to name. “I mean, he never wanted me that way. Our sex was mind-numbing...”

She shut up when she realised she’d revealed more than she’d intended. Flames licked her cheeks. Lilli leaned over her, crimson heat flooding her cheeks. “You call that boring? If he wasn’t your ex, I might be tempted...”

Share what you thought about Submissive Dreams and earn reward points.