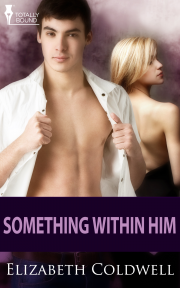 He was looking for work experience, but she taught him so much more…

Kate Mellanby has one rule on the magazine she edits - she never offers work placements to students. Then her best friend asks her to employ Stephen, a friend of her son, as a favour. Wanting to turn the boy down, she discovers he is not only a talented writer, but very cute, too. She knows she shouldn't act on the attraction she feels for him as she is his boss and he is only half her age.

But when they are thrown together on a press trip to Amsterdam, they can no longer ignore their mutual passion, and share a night of explosive sex. Stephen's jealous friend believes this is nothing more than a fling. Kate is determined to prove him wrong, and as their liaison grows kinkier, so love begins to blossom between the high-flying cougar and her cub.

Reader Advisory: This story has been previously released as part of the Cougars and Cubs anthology by Total-E-Bound

I only took him on as a favour to Suzanna. I knew when she called me she must want something. It was the way our phone conversations always went. She would let me know how her two boys, Damon and Charlie, were doing in their respective glittering careers in medicine and law, casually drop into the conversation the size of the advance she had received for her latest novel, then hit me with the request. So I was prepared.

Or I thought I was, until she said, “So you will help Stephen, won’t you, darling?”

“Stephen?” Somewhere along the line, I had missed something. I tended to filter out most of what she told me, only tuning in for what I thought were the relevant bits. And apparently Stephen, whoever he was, was one of them.

“Oh, you know. Stephen. Charlie’s friend. They went backpacking round the Far East together. I sent you the photos, remember?”

I didn’t. I had more than likely deleted them without even looking at them. But I just replied, “Of course. What about him?”

“Well, darling—” Suzanna paused to take a drag on the menthol cigarette that was never far from her lips. “He’s doing some kind of journalism course, and he needs to find a work experience placement. And when Charlie told me that, I immediately thought of you.”

I said nothing. I knew I was expected to help out, but I had an unbreakable rule: I never offered work placements to anyone. That hadn’t always been the case. In my first couple of years editing City Living, I’d had a stream of eager interns, doing a couple of weeks here and there with the aim of bulking out their CV. They would help to compile the music and theatre listings, write little news pieces about gallery openings and book launches, or help reorganise the filing system. It was an arrangement that suited both parties. They gained lots of valuable experience and I was able to employ someone who didn’t expect payment and, very occasionally, made a decent cup of coffee. One person had changed all that, and while I probably couldn’t tell you the name of any of those other interns, his was lodged in my memory banks forever. Jamie Pettifer.

Jamie was a cocky post-graduate from Manchester, studying print journalism on one of the better-regarded courses. I knew Gerry, Jamie’s course tutor, from way back—we’d had a hot and heavy affair that had lasted for most of one sweaty London summer—and usually he sent me details of whichever of his students he thought would benefit from a couple of weeks on the magazine. Jamie, however, sent his details himself, and followed them up by arriving in my office on deadline day and not leaving until I’d agreed to take him on. Against my better judgement, I agreed, and when he pushed for an interesting assignment, I sent him off to interview a young actress who’d landed the coveted r�le of Guinevere in a revival of Camelot in the West End. I didn’t see Jamie again for forty-eight hours. Thirty-seven of those he apparently spent in bed with the girl he was supposed to be interviewing, after plying her with tequila slammers in a bar across the road from the theatre.

Share what you thought about Something Within Him and earn reward points.