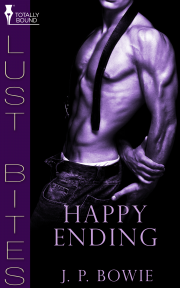 An unwanted birthday gift brings some much needed affection to a lonely man's life. But can he let go of the past and move on before it's too late?

One year ago Lane Barrett lost his lover in a terrible auto accident. Resigned to never finding another man to take John's place he ignores his friend Jack's attempts to interest him in ‘hunky' guys.

Then on Lane's birthday, Jack gives him a gift he at first refuses - a massage by sports therapist Mike Jefferson. At first, not overly keen on the idea of another man's hands on his body, Lane finally gives in to Jack's entreaties and makes an appointment for a massage.

Mike is nothing like Lane imagined. Hunky, yes, but compassionate and intelligent. It's not long before Lane is falling under the spell of the charismatic masseur and the need of his own desire to renew feelings and sensations that have been missing from his life for longer than he knew.

A chilly reunion with Lydia, his deceased lover's sister, makes him realise that if he wants to find his ‘happy ending', he better let go of the past and move on before it's too late.

Lane Barrett drove his car into the valet parking area outside Roma's Restaurant and hopped out quickly. Normally he would have used the regular parking, but he was running a little late, and knew that his friends would already be waiting inside for him. Grabbing the valet ticket with a hurried, "Thanks," he ran inside and was immediately greeted with a chorus of 'Happy Birthday' from the group of men and women standing around the bar. "You're late," Jack said accusingly, after giving him a hug and a kiss on the cheek. "Sorry," he mumbled, as he accepted the hugs from his other friends. "I didn't expect them to have a cake and stuff at the office. They've never bothered before." "That was nice of them," Miles remarked. "Yes, it was." Lane accepted the glass of Scotch Jack thrust at him. "Cheers." For the next two hours or so, he was caught up in the warmth and ambience of the restaurant and his friends' company. He really was lucky, he'd often thought, to have the kind of good friends who had been so supportive after John's accident, yet had managed not to invade his privacy when all he'd wanted was to be alone. Now, a year after John's death, although the pain was still raw, his grief had become somewhat bearable, and he was able to share in conversations that included memories of John without breaking down-most of the time, anyway. He smiled at Jack as his friend nudged him, his eyes twinkling with some mischief. "I got you something special, but you can't open it until you get home," he whispered, passing an envelope to him. "But you and Miles already got me a gift card," Lane said in protest. "Yeah, well this is a surprise. I'll call you tomorrow and we'll discuss it." Lane chuckled. "Now you have me wanting to open it right away. I can't wait to see what it is." "Yes, you can, and you will." Jack leaned in closer. "You don't want the others to see it. They'll probably think it's inappropriate." "Inappropriate?" "Well, I don't think Jennifer and Christine would be amused." "God, Jack. You're really making me want to rip this envelope open." Jack grabbed his arm. "Save the ripping for later." Grinning, Lane slipped the envelope into his jacket's inside pocket. "Well, thanks, Jack, you shouldn't have. The gift card was plenty." "Gift cards are boring. I wanted to hire a male stripper to sit on your lap, but Miles wouldn't let me." Lane laughed. "Thank goodness." "What's so funny?" Miles asked. "Jack wanted to get me a male stripper to sit on my lap." "Sounds good to me," Jennifer said. "Long as you passed him around."
Buy Now

If you like stories about two hot men who deal with more than just physical attraction as they explore each other's bodies, and if you enjoy finding out how a 'happy ending' can sometimes come from...

Share what you thought about Happy Ending and earn reward points.