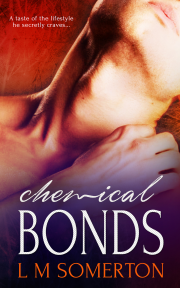 Even the best-planned experiment can have unpredictable consequences.

Max Allenby loves his job as a chemist with Armacom, developing new protective materials. He harbours a secret crush for the CEO, the stern and distant Blake Winters, which makes dealing with his harridan of a boss, Dr. Ella Preston, bearable.

Blake Winters is a lifestyle Dom. He spotted Max when he first joined Armacom, but has kept his distance from the talented, young scientist. When his Head of Security, who also happens to be Max’s older brother, tells him about Max’s feelings, Blake decides its time to make the pretty young man his.

Blake proposes a dating experiment to Max. For three hours a night over five nights, Max will give Blake his complete submission. Max is conflicted but decides to take the plunge and get a taste of a lifestyle he secretly craves.

Each date night introduces Max to a new level of submission. He loves every minute but is also conflicted—unable to believe a man like Blake wants him as anything more than a temporary plaything.

Blake understands that experiments do not always turn out as expected. He takes steps to convince Max of his feelings and to reassure him that his submissive streak is a strength, not a weakness. 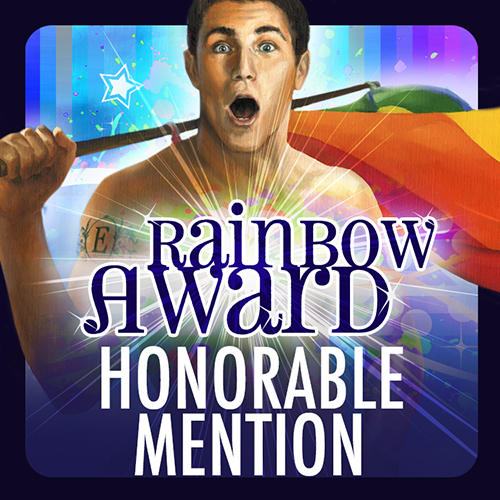 Max Allenby pedaled like the hounds of hell were after him. He was late for work. Again. Sharp-fanged puppies from Hades had nothing on his boss—the woman was the devil in disguise and her pitchfork was always firmly aimed at Max’s behind. It was an absolute certainty that she was going to rip him a new one. He cursed the nail that had speared his front tire. He had no idea how long his temporary patch would hold but at least he had enough common sense to carry a repair kit. He gave himself a mental pat on the back. His mom always fondly accused him of being ‘all brains and no common sense’ and now he’d proved her wrong. The victory didn’t make up for the fact that his ass was grass if he didn’t speed up.

He flew round corners with scant regard for his safety, bent low over the handlebars. Plymouth, New Hampshire was not the busiest town in the world but it was still reckless to ride so fast in bad weather. Rain stung his face and the wind whipped his collar-length hair into his eyes. Somehow the stuff always managed to escape his helmet however much he attempted to confine it. The leather pack that contained his work clothes banged against his spine as he hurtled over the ridges in the road. They were designed to slow down drivers on the approach to Armacom’s security gates, but Max didn’t have time to reduce his speed. Through strands of wet hair, he could just make out Zeb the security guard sheltering in the gatehouse. Max applied his unreliable breaks and skidded to a dramatic halt about an inch from the barrier, back wheel sliding to the side.

“Hey, Zeb!” Max pulled the lanyard from beneath his T-shirt and waved his pass at the bemused guard. “Wet enough for you? Could be time for that move to Florida.”

“Make that every time. I got a stupid puncture. Had to stop and repair it.” Max panted his explanation and waited for the barrier to rise. “Don’t tell Justin, okay?”

“He might be your big brother, but he’s my boss and I like a quiet life. Your secret is safe with me.” Zeb grinned and raised a hand as Max accelerated away toward the low, white building in the distance.

Fortunately for Max the bike racks were a lot closer to the building than the staff parking lot at Armacom. It was one of the very few advantages of using an environmentally friendly mode of transport. On a day like today, when he was wet, tired and miserable, convenient parking wasn’t much compensation. He was entirely focused on calculating just how late he was going to be by the time he had locked up his bike, run to the changing rooms, made himself respectable instead of the soggy, sweating mess he was at that moment, and reached the lab. Too long. Way, way too long. I am gonna be in shit so deep I may never resurface. His boss had a number of subtle and creative ways of making him suffer and he wasn’t looking forward to facing her one little bit.

He didn’t bother to dismount and wheel his bike toward the racks—he kept cycling and aimed his front wheel for the metal channel that would hold it in place. It wasn’t the safest approach but it might shave a few more seconds from his tardiness. The next thing he knew he was sailing through the air while his bike, the laws of momentum in full swing, crashed into the racks. So man can fly, after all. This could be my big scientific discovery. Why has nobody else identified this latest step in the evolutionary tale yet? He hit the ground hard and rolled to a halt with a pained moan. Because being airborne didn’t last, that was why, and landing was painful.

Max remained on the floor while he tried to make sense of what had happened. The ground was a mass of puddles but as his clothes were already sodden he dismissed it as irrelevant. He detected the low purr of an engine idling nearby. A car door opened, then closed with an expensive-sounding thunk. Footsteps approached, then two feet clad in inordinately shiny shoes stopped next to his head. Max couldn’t help but compare them to his own scuffed sneakers. It was about time he invested in a new pair but he was allergic to the mall and there were much more stimulating activities to get involved with online than shopping. He must have banged his head—it was full of nonsense.

“You’re making the pavement very messy. Get up, boy.”

The voice issuing the order was hard and commanding. Max’s heart beat faster. Deep growly voices never failed to get him interested.

“Not a boy,” he grumbled. He executed a clumsy roll onto his back and squinted at the owner of the shiny shoes and the sexy voice. When he realized who they belonged to his stomach flipped over and it wasn’t a pleasant sensation. His day couldn’t get any worse. Then he realized it was a possibility—he could still get fired. The command to get up was one he could live with. Concrete was not a comfortable surface to lie on. In a series of uncoordinated movements, he managed to get to a kneeling position. Apparently nothing was broken because movement didn’t elicit shrieks of pain. His left arm had taken the brunt of the impact and was grazed from shoulder to elbow, his T-shirt torn and dirty.

“Much as I enjoy your deference, it would be better for both of us if you stood up.”

The delicious voice was beginning to sound impatient so Max hauled himself to his feet, clutching his wounded arm. He glanced up, then immediately cast his gaze down again. It was much easier to examine the paving than it was to meet those cold, stormy eyes. Blake Winters, CEO of Armacom, was an intimidating man at the best of times. Max ran through what he knew about him in his head. He was only thirty and had built the organization from scratch. In nine years it had gone from a back-room operation to a multi-million pound global success story. Max, as well as every other Armacom employee, was fully aware of his back story and his reputation as an unrelenting hardass.

This book is a perfect example of what a true Dom/ sub relationship is all about.

L.M. Sommerton did an amazing job on this book but honestly I expected no less because L.M. is an am...

Share what you thought about Chemical Bonds and earn reward points.