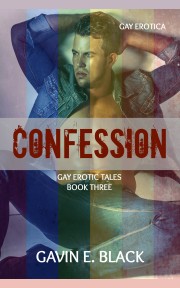 <p>Romance, love, and coming out<p> <p>Connor had come to the realization that there was something more happening between him and Jake than either one of them was willing to admit. Trying to figure out what that something was though, was proving to be difficult. Jake had taken off without a word the morning after their bizarre night at the club Crush, and Connor had no idea where he was, or when he was coming back. Or that he was even coming back at all.<p>

Share what you thought about Confession and earn reward points.