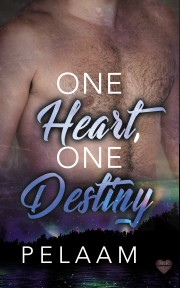 One Heart, One Destiny

Dillon is an omega, which makes him the general whipping boy for the pack, as well as under Brendan, his Alpha brother's dominion. The last thing he expects is to visit a fae club, but even less expected is to find himself drawn to Drake; a sassy sprite. Letting Drake think he's a pack alpha, Dillon enjoys the sprite's company, and soon realizes he's falling for Drake. But as omega, Dillon can't take a mate without his Alpha's permission. Knowing Brendan wouldn't approve, Dillon keeps their relationship secret, only to find Brendan has already discovered the truth. And is far from pleased. A prisoner in his brother's home, Dillon knows he won't see Drake again. But Drake has other ideas.

Share what you thought about One Heart, One Destiny and earn reward points.