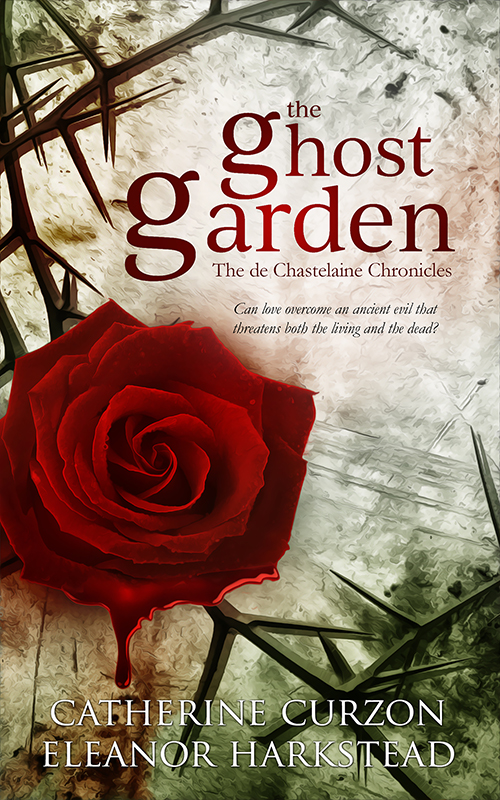 Within the tangled vines of a forgotten garden, can a blossoming new love overcome an ancient evil that threatens both the living and the dead?

After losing her brother in the trenches of the Great War, Cecily James is a prisoner of Whitmore Hall, the respected but remote boys’ school where her brutish husband reigns as headmaster. With its forsaken walled garden, a hauntingly tragic past, and midnight footsteps heard from an unoccupied clocktower, Whitmore Hall is a place where the dead are rumored to walk.

Whitmore Hall is a place filled with mysteries and as a ghost garden emerges from the sun-bleached soil, long-buried secrets cry out to be told.

When new teacher Raf de Chastelaine blunders into an impromptu seance, Cecily finds an unlikely and eccentric ally. In a world of discipline and respectability, barefoot Raf is unlike any teacher Cecily has ever met. With his tales of the Carpathian mountains and a love of midnight gardening, he shakes Whitmore Hall to its foundations. Could there be more to Raf than meets the eye? And as he and Cecily realise that their feelings run deeper than friendship, dare they dream of a world beyond Whitmore Hall?

As Cecily and Raf team up to unite long-dead lovers and do battle with an ancient evil that has long haunted Whitmore Hall, Cecily finds her chance of happiness threatened by her tyrannical husband. But is the controlling headmaster acting of his own free will, or is he the puppet of a malevolent power from beyond the grave?

Share what you thought about The Ghost Garden PRINT and earn reward points.