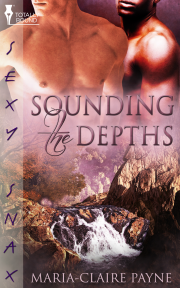 Can Ethan Gray convince Joshua Bennett, an explosive ordnance expert in the United States Navy, to drop his defences and let love in? Or is this British sailor out of his depth?

Ethan Gray, former sailor on a nuclear submarine with the Royal Navy, arrives in California to work on a technical paper with a military recruiter, an acquaintance who introduces him to the elusive Josh Bennett.

An explosive ordnance expert in the United States Navy and veteran of two Iraq tours, just returned from a third year he volunteered to spend in Afghanistan, Josh maintains tight control in his professional and personal lives.

While Ethan's initial encounters with Josh leave the easy-going, confident British sailor in love for the first time, Josh remains reluctant to ever fall in love again. To win Josh, Ethan must help this man who captured Ethan's heart heal his own and leave his dark past behind him. With some persistent interference from Josh's feisty twin sister Lana—and a specific gay-friendly phone app—can Ethan convince Josh to drop his defences and let love in?

Josh cut off his engine and waved to the man in the Navy work uniform who stepped out of the recruiting office door at the roar of Josh’s Harley.

“You’re—what, three, maybe four—weeks out and now you’re back here already? Looking to sign up again? Maybe after my job?” Todd laughed.

Lifting his helmet and resting it on one knee, Josh reached up to shake Todd’s outstretched hand.

“Neither, dude.” Josh drummed his left fingers on his helmet and ran his right hand through his blond locks after Todd relinquished his grip.

“Feels fucking weird to have any hair at all.” Josh grimaced and tugged at the short tendrils that possessed just enough length to hint at the riot of curls to come.

Todd laughed again. “Well, you still have a ways to go before the men at Chubby’s start mistaking you for your sister any time soon.”

Josh summoned a smile at the mention of Lana and tried to stop a furrow he felt appearing between his brows when he thought about his pain-in-the-ass sibling—but to no avail. He scowled when Todd raised that infernal eyebrow yet one more time.

“Is there anything I can keep private from you fucking people?” Josh leaned over, still straddling his bike, and punched Todd in the arm. “Prick.”

“Yeah, well, this is why I’ve been kicking your ass at poker since seventh grade, friend,” Todd deadpanned. “You and your tells...” His voice trailed off, his tone turning sombre now. “So...how does the home front go since you’ve been back?”

Todd nodded. “Well, get your ass in here then. There’re a couple of cherries wanting to know all about the bomb squad and I’m tied up with a British submariner.”

Josh grinned again. “So you want me to do your real job while you work on that technical paper, huh.”

“You got anything more productive to do?” Todd challenged.

Josh felt that shadow crossing his face again. Just a trip to the cemetery. He hit the kickstand on his bike, grateful for the respite from the lonely task he dreaded. “Nothing that can’t wait.” 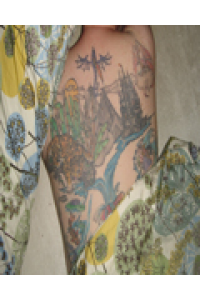 Maria-Claire Payne is the alter-ego of another Claire who holds multiple professional credentials related to the field of radiation oncology and a graduate degree in psychology. Both personalities share a love of taking classes in English literature and reading in many genres as well as getting inked and admiring biker dudes from afar.

When no new reading material is readily at hand for whatever reason, her children have caught her reading cereal box-tops to fill the void. Maria-Claire lives in Southern Florida with her two rather conservative (how did that happen?) teenagers, the ghost of her soul-mate (her muse), and a crew of Himalayan and Persian cats affectionately referred to as the ?Pussy Posse.?

If you like books with wounded heroes, if you enjoy quite a bit of psychological drama in your reads, and if you're looking for some hot action between the sheets while the heroes fight through their...

Share what you thought about Sounding the Depths and earn reward points.