Book 1 in the Deadly Intent series

Trace Davidson is determined to protect Christie from her ex-husband who has ordered a hit on her from his jail cell. Trace will do anything it takes, including putting his own life on the line, to make sure Christie survives.

Salvatore Reyes of the Jimenez Cartel intends to make sure his ex-wife never makes it to the witness stand to testify against him. Christie is the only one with enough damning evidence to send him to prison for life. If he’s convicted, he’s as good as dead—the drug cartel will kill Salvatore if he doesn’t kill Christie first. Salvatore isn’t going to let her live another day. 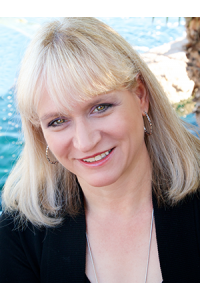 Cheyenne McCray is an award winning, New York Times and USA Today Bestselling author of upward of 100 novels and novellas. Chey grew up on a ranch in the southeastern corner of Arizona, and enjoys building worlds her readers can get lost in. She lives in a small AZ town with her hubby and a growing menagerie that includes two dogs (Checkers and Nikki), three ducks (the neighborhood celebrities), and a small flock of chickens. She enjoys gardening, crazy quilting, baking, and of course writing.

Share what you thought about Taking Fire and earn reward points.

Other books in the Deadly Intent seriesView Series Page