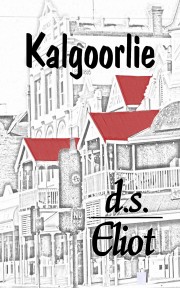 <p>James takes a job as a reporter. With his partner, Miceal, they hook up with the dark web to solve James'&nbsp;assignment. Dead-end. They get to the Australian Prime Minister. Informed he sends them to solve the assignment. Canberra National Pistol Club introduces Alice, a pistol carrying sixty year old lesbian lass. Enter General Knowles. Twists, turns and intrigue bring the scandal to a head. Kalgoorlie is the first in the James and Miceal Series. The two meet in the Australian outback in a place called Kalgoorlie. They harbour secret desires for each other which eventually make their way closer and closer to the surface. It is however a horrific accident involving Miceal that sees James taking on a junior journalist job at the Daily Telegraph. Nursing Miceal back to health and reporting on what turns out to be one of the biggest scandals to rock Australian politics start the two lovers on a journey that is a roller-coaster ride to boot. It sees the two boys hooking up with the most unlikely of teams, 2 elderly lesbian lasses, the Australian Prime Minister, a General in the Australian air force, and a team of hackers using the 'dark web' to make sense of the chaos. It's a journey that takes them around the world putting all the pieces of the puzzle together to finally see if they can outsmart the scandal of all scandals. It is non-stop action till the very last page. A few shoot outs and car chases expose the key guilty parties, raking in millions of US dollars through fraud and money laundering. Once the story breaks, all hell breaks loose. The second novel in the series was released in March 2018 and the third is in review for release later this year. Work has begun on the fourth book in the series and the fifth installment is in development phase.</p>

d.s. Eliot spent ten years of his life in semi-retirement, building preposterously large structures, teaching himself the art of cheese making. How not to make bad whiskey and gin crafted in the old back yard, before retiring to pursue his true passion: writing fiction. He released his first novel, Kalgoorlie, in December of 2017. It became the first book in the James and Miceal Series. The plan is to translate the book into 5 languages, and to also develop a screen play for a major motion picture. The second novel, Roma, follows James and Miceal to Rome, where d.s. Eliot holidayed with his late mother and now husband. A wonderful bonding with a hardworking teacher, his mother had lived life in a small town where he was born. Roma was released in March of 2018. The third in the James and Miceal series, Duras, was released in December 2018. As always d.s. Eliot goes to base, a small village in the south of France that by chance he visited near half his age. It was a cold winter but very much joyous with an infamous castle invasion unbeknown to the owners to this day. It is a hilarious story. James and Miceal don’t let up there and d.s. Eliot follows up with the next of the series Sitges and believe it or not some of the drafts of Nairobi are being penned on the odd break. No matter where he is, or what's going on, he tries his best to set aside time every day to answer emails and messages from readers. You can reach him at: dseliotsa@gmail.com

Share what you thought about Kalgoorlie and earn reward points.