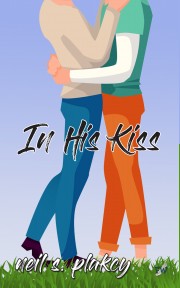 Michael Torani thinks of himself as an average seventeen-year-oldÂ â€” certainly not the smartest nor the most popular boy in his school. So heÂ has no clue that his crush on super cute but nerdy new guy Daniel Florez will soon result in their sharing a deep soul kissÂ â€” a kiss that will change Michaelâ€™s life forever. Suddenly, he's plunged into a world of FBI agents, gangster thugs, and Cuban exiles. And what's up with his brain? How come he's so much smarter than he used to be? Just one kiss from Daniel turns Michaelâ€™s world into something from the Sci-Fi Channel -- have Danielâ€™s brain cells been leaking into Michaelâ€™s? How's that possible? And yet Michael is reading faster than he ever hasÂ before, scoring higher on school tests, and even helping his parents understand whatâ€™s wrong with his brother, the Big Mistake. Michaelâ€™s wry, funny attitude about growing up, falling in love and getting away from his parents will make you want to be his new best friend.Â Readers will fall in love with Michael and Daniel as they depend on their brains and their deep emotional connection to survive-- and maybe even graduateÂ from high school along the way.

Share what you thought about In His Kiss and earn reward points.