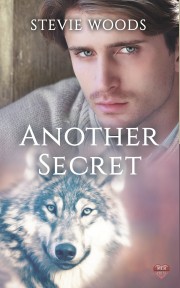 Leland's shocked when he discovers Drew's secret, how will Drew react when Leland confesses his? After yet another bad dream, Leland accepts he can no longer keep his secret; the time had come to confess all to his best friend, Drew. He sets out, determined yet fearful of Drew's reaction to what he must tell him. Leland has loved Drew since they were teenagers and experimented with their sexuality, but Drew has only ever been his best friend. He dreads maybe even losing that when Drew learns the truth. However, when halfway to Drew's home, Leland is forced to take cover when he sees a large grey wolf tailing another man. His concern turns to shock when the man abruptly shifts to become a wolf and attacks the grey wolf. The fight is swift and bloody and ends when the man-wolf runs off. Leland gets his second shock of the morning when the grey wolf abruptly shifts to become human. To become Drew.

Share what you thought about Another Secret and earn reward points.