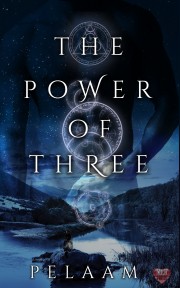 The Power of Three

Kidnapped as a sacrifice to a demon, Darcy must learn the magic and love behind the power of three. Visiting his grandmother near isolated wetlands at Halloween, Darcy is kidnapped by Medea, a witch serving the black arts, to be served up as a demonic sacrifice. Trapped in her cottage, Darcy finds unlikely allies in Bastet, a talking cat, Broom, a mechanical with magic of his own, and four kittens who refuse to leave his side. Bastet brings Darcy's rescuer, the rougarou Bardou, to break him free, and Darcy's taken to Bardou's home. There he meets Bardou's lover, Hunter. The men are as opposite as chalk and cheese, and yet are equally attractive to an increasingly confused Darcy. But Medea isn't finished with Darcy yet, and all three men will face more dangers to find their power of three.

Share what you thought about The Power of Three and earn reward points.