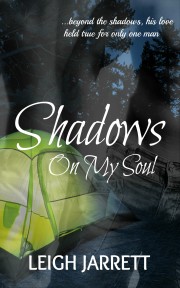 Shadows On My Soul

<p>Derek Lawrence is a player. There is no other way to phrase it. He's been unstoppable since coming out in high school. Guy after guy, conquest after conquest. He isn't looking for any kind of commitment from anyone. His life is perfect the way it is.<p> <p>Except for one aspect. Derek has been in love with his best friend and business partner, Justin Leary, since the first day he set eyes on him almost twenty years ago.<p> <p>When an implication surfaces that Justin's feelings for Derek might run far deeper than friendship, he considers approaching Justin about it. But before he can, one targeted act of violence followed by the aftermath of violation challenges the depth of Derek's love for Justin.<p>

Share what you thought about Shadows On My Soul and earn reward points.