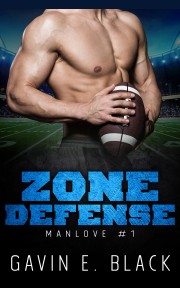 Nathan Kent wasn't thrilled with the idea of completing his final year of college at a completely different institution from where he'd started, but the opportunity to join one of the top varsity football teams had been too much of a temptation to pass up.

The truth of the matter though, was that Nathan was glad to have an excuse to move away. His last relationship had ended badly, and the thought of having to play a defensive position in conjunction with his ex-lover was something he hadn't even wanted to contemplate.

Life was complicated enough already and starting fresh was definitely the answer, but then he met his new roommate Aaron Campbell, and he knew he was in trouble.

Share what you thought about Zone Defense and earn reward points.