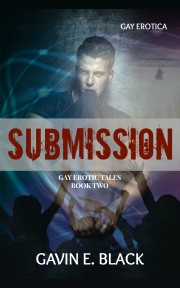 <p>Double the fun, anxious to experiment<p> <p>Connor's new job at the club Crush as one of their bartenders was going to open up some unique opportunities for him. Especially because his new best friend Jake was going to see to it. The afternoon they'd spent together had fulfilled many of Connor's dreams, but now he was anxious to experiment further. But how far is he willing to go?<p>


Previously published as SECOND TIME AROUND

Share what you thought about Submission and earn reward points.