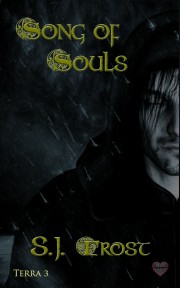 Assassin and thief, Zain, will do anything to protect the beautiful minstrel, Lark, but when a new enemy arises, it'll take more than steel to keep the man he loves safe. Lark is a renowned minstrel in Forest's End, but he has a gift beyond his beautiful voice and masterful skill with a lute that few know about. He has the ability to see and speak with souls of the dead. Other than his closest companions, only one man has never shown fear of his gift and even offered him love. Known as the Black Fox, Zain is an assassin and thief. He never planned much of a future for himself, until he met Lark. He wants to make a good life for them, but to truly be with Lark, he needs to give up his life in the shadows. Passion and love strengthens between them, and nothing will stop Zain from protecting Lark. When a new enemy threatens to pull them apart, it'll take more than steel to keep Lark safe. It may be that the only one who has the key to defeat a murderous necromancer is Lark himself.

Share what you thought about Song of Souls and earn reward points.