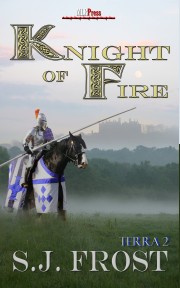 When Garrett Evergard is rescued by the witch, Bryson Summers, he discovers an alternate world unlike anything he's ever imagined, and when that world is threatened, he'll do anything to save it and the man he's grown to love. Garrett Evergard is a finder of secrets. As a biologist and environmentalist, it's his job to go into wild lands and uncover their mysteries in order to save them. In the Pacific Northwest, he races against logging lobbyists to save a section of temperate rainforest, but the forest seems reluctant to give up her secrets. Until a fateful meeting with a rare spirit bear opens the door to wonders beyond anything he's ever imagine, the greatest of those being the beautiful man who comes to his rescue. As a witch and Gatekeeper, Bryson Summers is used to living a solitary life. He lives between two worlds, Earth and Terra, feeling not fully part of either, and dreams of meeting someone who understands him. From the moment he sees Garrett, he believes -- and hopes -- he's looking upon a twin soul. Dragons, unicorns, and a witch with enchanting brown eyes, Garrett tries to make sense of a world so different from anything he's ever known. But his mind and heart are open, and he finds himself drawn more to Bryson with each day they spend together. When Bryson and the gate that links the two worlds fall under threat, Garrett is willing to do all he can to protect them, even if it means facing down dark magic.

Share what you thought about Knight of Fire and earn reward points.