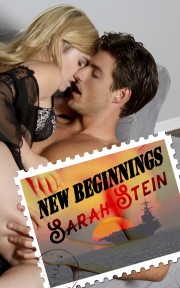 Many responsibilities consume Cherise's life after losing her husband in a car accident. She's pushed all those who have cared for her away so she can focus on the two things that matter the most. Her children. Her business. Starting to feel like she's missing a part of herself, she ventures out on a night with her best friend Destiny. After all, what can go wrong?

Logan feels a pull from Cherise that he can't seem to resist. Being enlisted in the U.S. Navy can cause friction by dating Cherise, but he refuses to back down. He's willing to place everything he has into their relationship regardless of the obstacles blocking his path. He hopes it's enough to get Cherise to open her eyes and take a risk.

Share what you thought about New Beginnings and earn reward points.