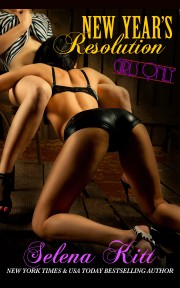 Selena Kitt's *Girls Only'where the girls get naughty together, but it feels oh, so good! Tina's New Year's resolution brings out the explorer in her partner, Beth, and the two women go on a mission to find the perfect new toy for their sexual adventures.

Share what you thought about New Years' Resolution and earn reward points.