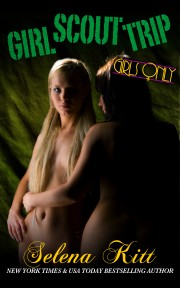 Selena Kitt's *Girls Only'where the girls get naughty together, but it feels oh, so good! Paige isn't looking forward to chaperoning her younger sister's Girl Scout Troop for a camping trip outingâ€”burning S'mores, telling the same old ghost stories and listening to little girls giggle all night longâ€”until she meets the new Girl Scout Troop leader, Brandi. The petite blond is just her type, so when a tent mishap leaves Paige without one, forcing the two women to share, the trip goes from tame to thrilling faster than either of them could have imagined.

Share what you thought about Girl Scout Trip and earn reward points.