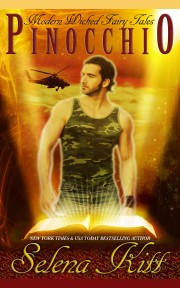 In this modern version of the fairy tale classic, Pinocchio, marine Levi Woodyerâ€”known as â€œWoodyâ€ to his special ops teamâ€”is on a medical discharge, a man with a haunted past, a painful present and an uncertain future. His father watches, powerless to help his son, as Levi slips further between the cracks, and troubled Levi doesn't seem to be too interested in helping himself. But when his father's simple bribe finally gets Levi out of the house to a physical therapy appointment, his encounter with former high school sweetheart, Linnea Fey, just might put him on the path to wholeness again.

Share what you thought about Pinocchio and earn reward points.