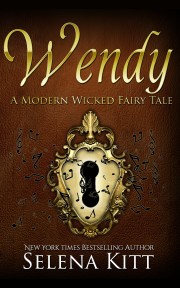 In this modern version of the fairy tale classic, Peter finds his Wendy while looking for a rare book on â€œshadowâ€ in the library. After hearing Wendy's tale of woe, he invites her and her two little brothers, Michael and John, to come live at his house in south Floridaâ€”a place he calls Neverland. But although a large cross-dressing blonde named Tink, who lives with Peter and his band, The Lost Boys, isn't too happy about Wendy's arrival, it's Peter's nemesis, James Hook, who proves to be the new couple's greatest challenge.

Share what you thought about Wendy and earn reward points.