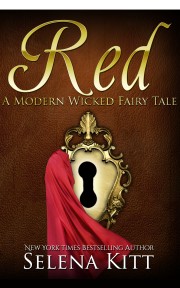 In this modern version of the fairy tale classic, recently orphaned Mae finds herself taking care of her ill grandmother and trying to negotiate the big, wide world of New York. Aside from Griff, a drifter she's befriended on the long walk to her grandmother's, she is alone, a frightened country mouse in the big city. Mae can't believe her good fortune when she meets Lionel Tryst, a charming and charismatic real estate agent, who arranges the miraculous sale of her grandmother's expensive apartment in the horrible buyer's market of the Great Depression so they can both move out of the city. But is Mae's luck too good to be trueâ€”or is there a big bad wolf lurking in the shadows?

Share what you thought about Red and earn reward points.