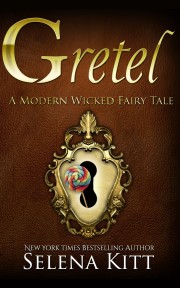 In this modern version of the fairy tale classic, Gretel has never understood her father's choice of a second wife, and she and her brother Hans have high hopes of getting out from under the suspicious, spiteful eye of their penny-pinching stepmother once Hans graduates from college with his degree in chemistry. But on Gretel's eighteenth birthday, when their stepmother insists they go on a cruise around the coast of Australia with a rich candy-heiress grandmother neither of them has ever met, the siblings' plan, in fact their whole world, is turned upside down. Hans is drawn into the lavish, opulent lifestyle on the yacht, easily seduced by their grandmother's riches and her plans for his future. Wary Gretel, on the other hand, finds herself seduced instead by Andrew, their grandmother's bodyguard and assistant. And when their grandmother reveals the real reason for taking the two siblings on the voyage, it may be too late for either of them to escape her greedy grasp.

Share what you thought about Gretel and earn reward points.