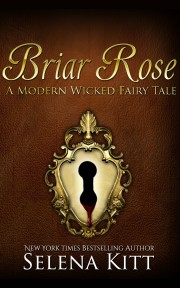 In this modern version of the fairy tale classic, although her dreams are filled with sensual imagery, and she's often awakened with a throbbing sense of release, Rose has never had a sexual climaxâ€”at least, not while conscious. When she's forced to confess her faked orgasms to her fiancÃ© on the eve of their wedding, she finds herself alone, abandoned and suicidalâ€”until her aunt gives her a business card with the name of a special clinic. Rose has undergone all sorts of physical and mental examinations in the past, but her aunt assures her that this place is â€œdifferent.â€ Desperate for a solution, Rose decides to give it one last try, and finds that Dr. Matt, as he insists she call him, is indeed very different from any other person she's ever met, and he's determined to get to the bottom of her problemâ€”one way or another.

Share what you thought about Briar Rose and earn reward points.