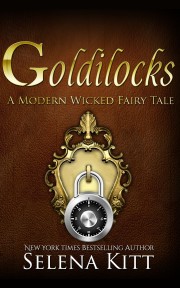 In this modern retelling of a fairy tale classic, Goldie Lax is a safecracking prodigy who learned her craft from her father and her grandfather before him. When she pairs up with Richard Campbell, who can hack any system, together they make the perfect team, mixing both business and pleasure. When Goldie's grandfather, who survived the holocaust only to end up a nursing home in his eighties, tells her about a horrific crime that robbed a good friend of his family's inheritance, Goldie enlists Campbell's help to recover the diamonds. The three Behr brothers have stolen something too precious for words and Goldie, safecracker extraordinaire, and Campbell, their head of security, have hatched a foolproof scheme to get it back, but the long, involved plan may just complicate their relationship beyond repair.

Share what you thought about Goldilocks and earn reward points.