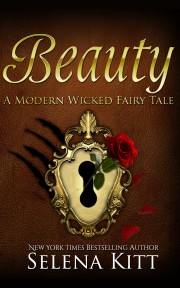 In this modern retelling of a fairy tale classic, former beauty queen Jolee Mercier finds herself in big trouble, locked in the trunk of her husband's BMW on her way to a remote location in the woods of northern Michigan where she's going to be killed. Her crime? Knowing too much. An anonymous letter arrived addressed in her name with proof that her husband, Carlos, a state logging and mining mogul, had been the one responsible for her father's death years earlier, killed for supporting the unions at a local logging camp. When a terrible accident ends her husband's plan to kill her, Jolee wakes up alone in a cabin in the middle of the woods, rescued by a masked man they call â€œthe beast,â€ with a husband who wants her dead, and miles of state forest between her and civilization.

Share what you thought about Beauty and earn reward points.