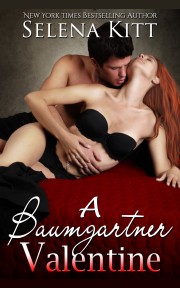 Henry and Libby have a Valentine's Day tradition. Every year, this young, college aged couple share and explore a special fantasy with one another. This time, though, Libby has discovered something shocking about the Baumgartners, leading her to speculate wildly about Henry's real feelings. What she uncovers will lead them both to explore their wildest dreams and their true heart's desires!

Share what you thought about A Baumgartner Valentine and earn reward points.